There is a bed in-between the house (the front bedroom) and the retaining wall for the front yard.  This has had Nandina for years.  In fact, we excavated this bed once before, in 2008, and just avoided the Nandina.  However, Linda says that Nandina is (a) non-native, and (b) invasive, and so we removed it. 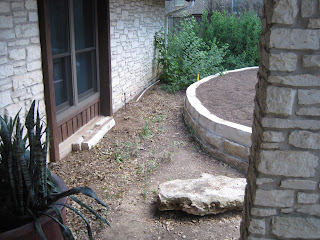 And having removed it, we can now excavate the entire bed to improve the dirt and remove rock.

We started in the corner, near the door, but soon realized that would be difficult to expand. 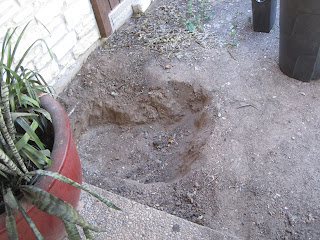 So we moved down to the far end and started digging there.  We know that we did a lot of work when we removed the Mountain Laurel, so we just started next to the Turk's Cap. 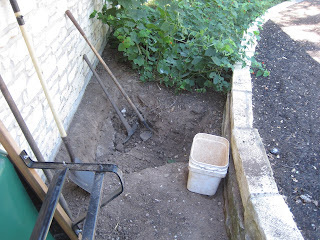 Expanding the digging back towards the front porch. 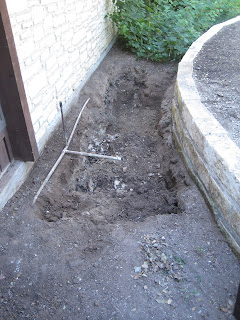 Most of the dirt we dug out went in a pile on the front lawn, near Fuzzy, but eventually we started back-filling the area we had dug with the dirt, mixed with leaves. 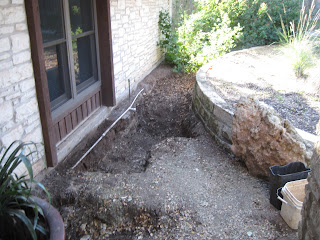 As we got closer to the front porch, we uncovered an elevated section of rock. 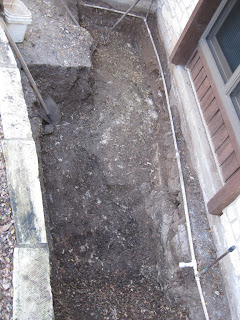 which we broke up with the jack hammer 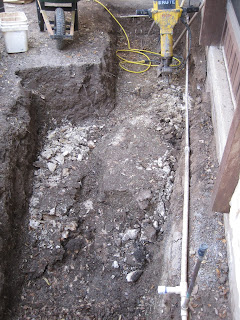