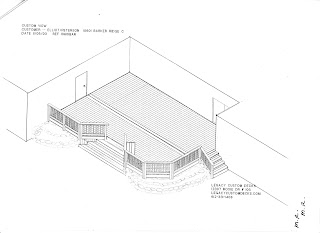 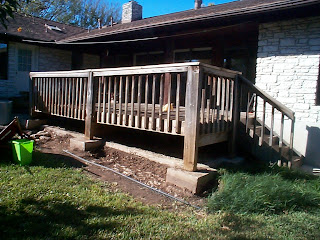 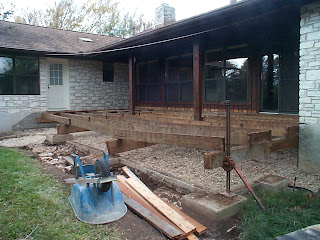 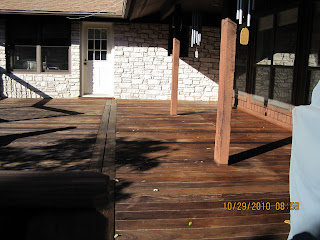 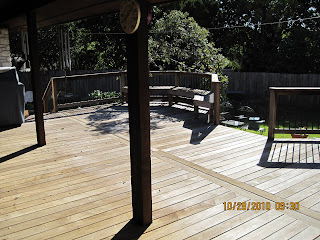 To replace and expand the deck, we needed to clear out the space where the deck was being expanded. It had been landscaped with Japanese Boxwood and edged with monkey grass (or Mondo grass). The boxwood was not something we needed to keep, but the monkey grass seemed like it would be a waste to not reuse.

So we decided to move it to the side of the house by the kitchen and the garage. But of course, to do that we first needed to excavate this area, both to provide a good environment for the monkey grass, and because we would not be able to excavate after the monkey grass was planted. 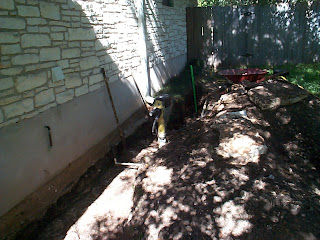 We took a couple of weeks, and dug down to bedrock. We got about 3 feet down, pulling out rock and construction debris. We had to be careful of the main irrigation water supply line. Then we were able to fill it in with much better dirt and replant the monkey grass.

This has done fairly well. The main problems are (a) the dirt in the back, near the house has settled more than the rest, so there is a depression towards the house, and (b) the section under the garage roof overhang gets very little water. 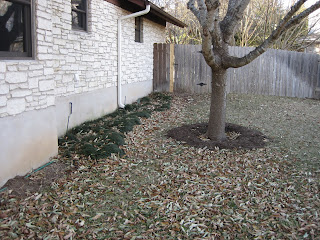 Posted by crazyjim at 2:43 PM No comments: 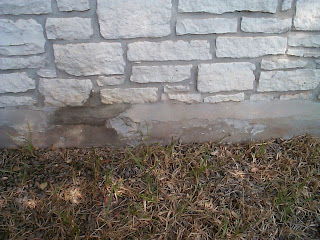 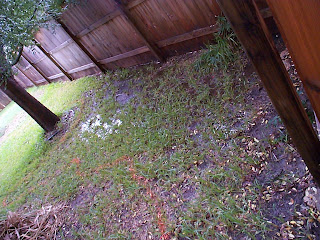 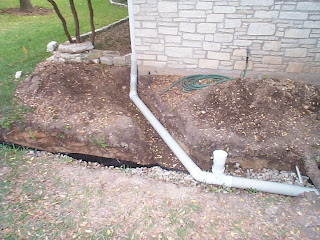 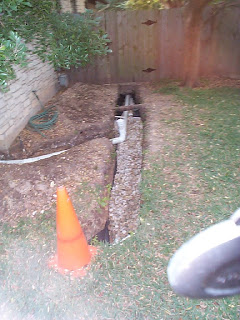 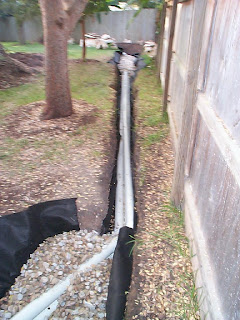 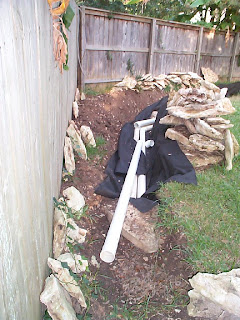 This solved the drainage problem. It left us with a hole in the backyard with the three drainage pipes sticking in them, but we had other problems that needed to be worked on, and we weren't sure how to finish it off, so we just left it for later.

Posted by crazyjim at 4:43 PM No comments: