Irrigation and the Back Bedroom Bed

There are two parts of the in-ground irrigation system that impact the back bedroom bed.

First, the main irrigation water supply line runs thru the entire bed, about 8 to 10 inches below the surface.  It runs roughly parallel to the back bedroom exterior wall, from 25 to 27 inches from the concrete wall that seals off the foundation.  When it gets to the Iris bed, it's only 12 inches away from the bed.  On either end, it then disappears under the river of rocks. 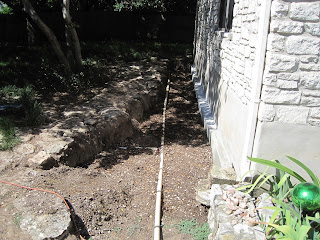 The other related irrigation system component is for the bed itself.  This is all done in 1/2 inch PVC, as an extension of Zone 9.    We ran a 1/2 inch PVC line right next to the house, with pop-up sprinkler heads that spray out from the house, covering the bed.  Any over-spray will go onto the river of rocks, and water the monkey grass between the rocks. 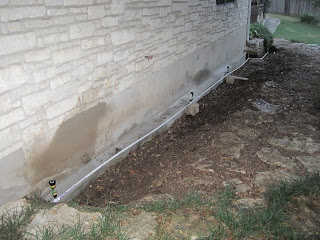 There are 4 heads equally spaced along the back of the house in a straight line from the corner to the Iris bed.  We jog out slightly to get around the Iris bed stone work and continue to the end of the bed for one last head.  Each head should be just at ground level, and then pop-up 4 inches.  As with our other new beds, we are using the Rainbird 1800 series heads. 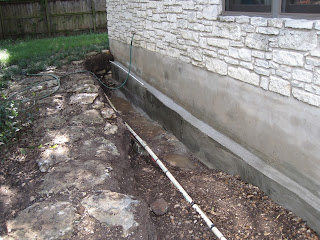 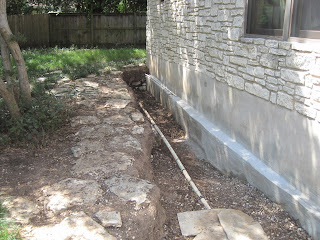 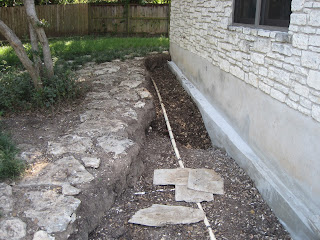 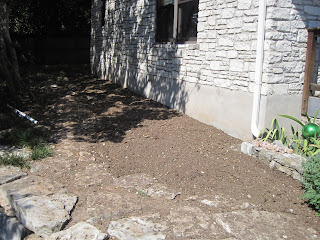 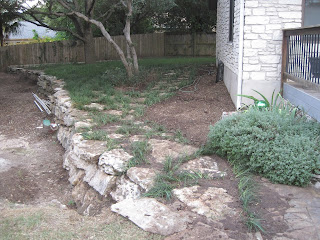 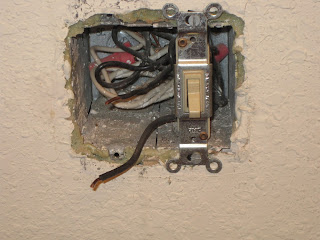 The ST01 Timer comes with a standard paper installation guide, but the documentation on this guide is terrible. 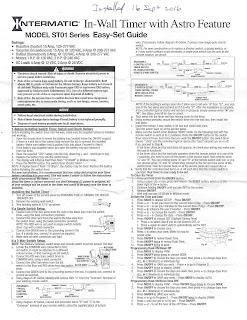 There is a "mode" button that controls what is happening.  As you cycle thru the modes, there are modes that show up that the installation guide does not even mention.   They say to open the battery drawer to install the battery, but it is not at all clear how to do that (until after you have opened the battery drawer). 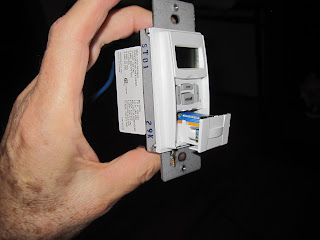 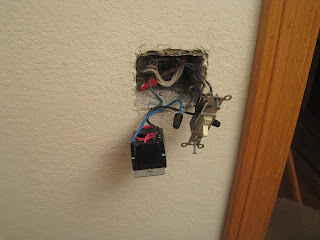 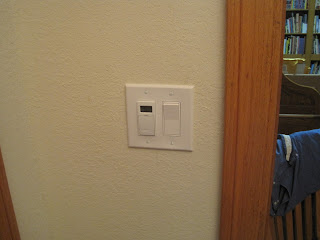 Having dug out as much as we are going to, we can clean up next to the foundation, removing loose rock, trimming roots, and spraying it down to wash any loose dirt off. 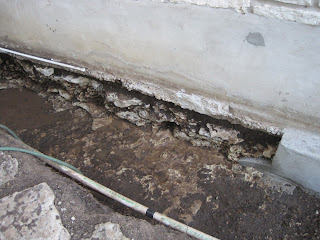 Then we can form up for the concrete 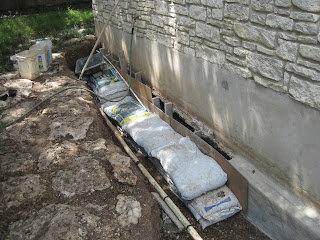 The concrete calculator again says it should take about 28 bags of concrete, but this time we are getting 50 pound bags from Lowe's (on special) for two trips of $28.64, a total of $57.28.  Mix them up and pour them in the form. 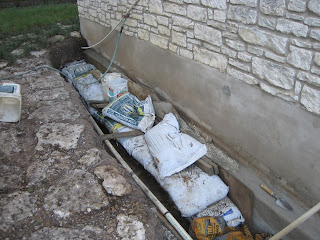 The next day we can take down the forms.

The Back Bedroom Bed, Part 3

We are continuing the excavation to the bed by the Back Bedroom, after pouring the first part of the concrete wall sealing off the foundation.  A couple of days of digging gets us enough dirt to, when mixed with leaves and grass, fill in the deep area next to the concrete wall. 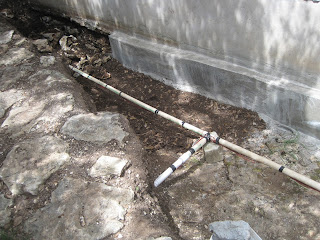 This also gets us to the point we need to use the jackhammer again, to break up the rock that has been uncovered. 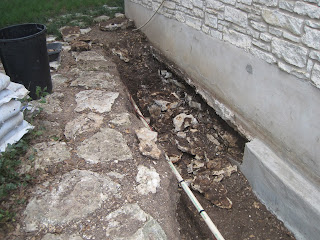 We clean those rocks up. 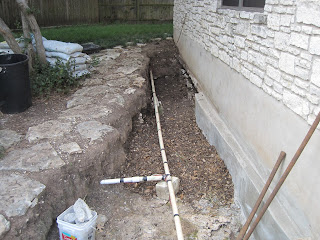 And continue digging to the end of the bed to expose more rocks. 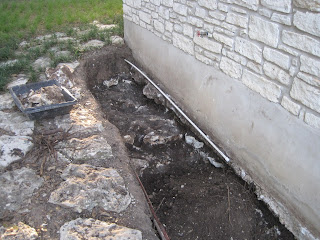 which brings out the jackhammer to break these up. 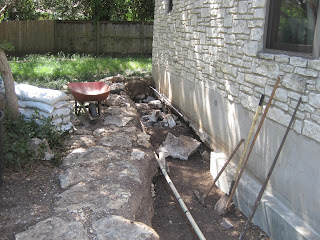 And these are also hauled around front to be gotten rid of. 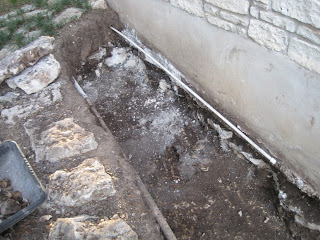 And after another day of digging and hauling off rock, we should be ready to frame the cement wall to run along the foundation. 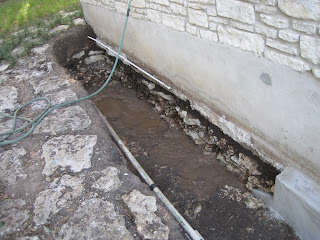 Posted by crazyjim at 4:05 PM No comments: