A "door" in the fence

We occasionally need to get "behind" the fence, mainly to trim out stuff that starts growing there -- volunteer trees, and such.  I need more than one slat to gain access.  Two might do.  Three certainly is enough.  I was making use of the need to replace slats occasionally to also gain access, but thought I probably should just solve this problem on it's own.

So the idea is to take 3 adjacent slats and make them one large piece, so that it can be removed and replaced as one. 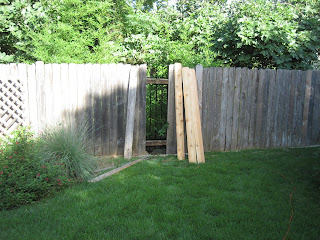 We then re-attach, temporarily, the center slat with the new one. 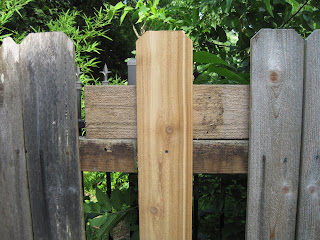 Use the other two new slats to make sure that this center slat is positioned correctly.

We take one of the old slats that we removed, and don't need anymore, to cut out two short sections.  Each slat is 6 inches wide, well actually 5 1/2 or so, and we want it long enough that it extends across the back of all 3 new slats, so about 15 inches long.  We need two 15 inch long pieces -- one for the top and one for the bottom. 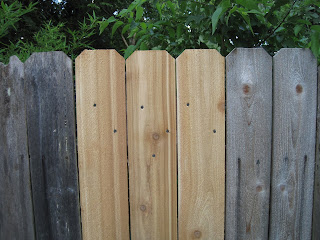 Do the same at the bottom.  Now the whole section of three slats is attached to the fence by just the one screw  in the middle slat.  You can use another screw at the bottom, but in our case, it slides behind the stone edging and in front of the lower railing, so it stays in place. 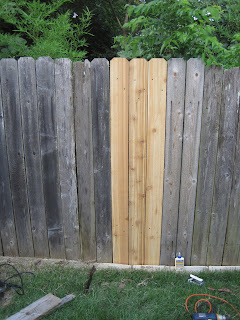 The three slats are all held together by the short pieces cut from the extra slat, and can be easily repositioned, because the short piece rests on the cross railings. 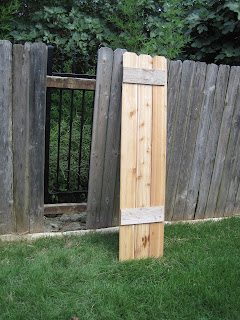