The Walkway across the yard, part 2

The second part of the walkway across the yard is pretty much a repeat of what we have been doing. We start by digging the dirt out, exposing the rock that lies just below the surface. 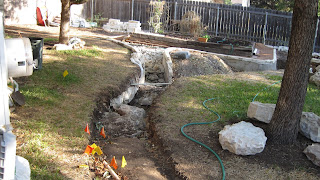 Using the jackhammer, we break the rock up into manageable pieces and clear out all the rock and dirt down about 2 feet deep, to another layer of rock. 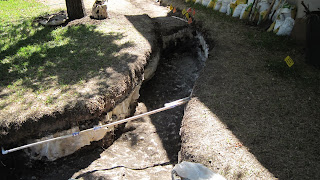 For this section, we need a lot of concrete. 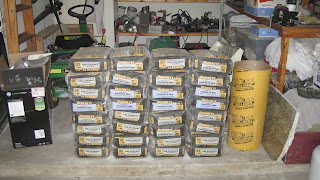 We ended up using 52 bags of Quik-crete, from Home Depot $120.36, framing the walls using Masonite sheets with plastic bags of mulch and manure to hold everything in place. 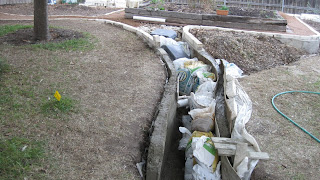 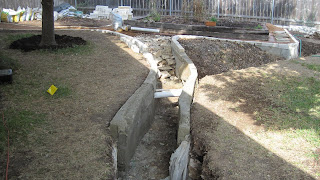 The next section will be a bit more difficult, because it has the irrigation water supply line (and zone electrical wires) in it. We need to dig it up, and then re-bury it without damaging it.
Posted by crazyjim at 2:46 PM No comments: