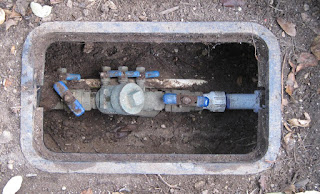 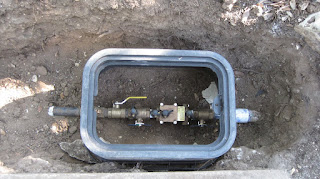 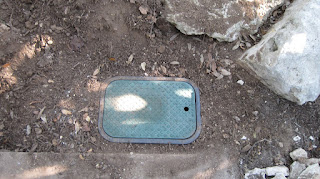 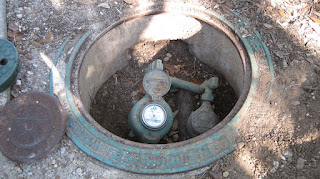 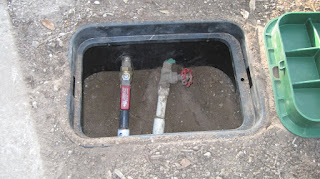 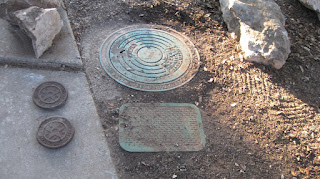 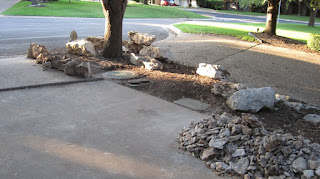 Continuing to dig up the back yard, part 1

In continuing to dig up the back yard, the main difficulty is finding and protecting the communications and electrical lines while doing the digging. I called 811 to get them to mark where the lines were supposed to be, but ... 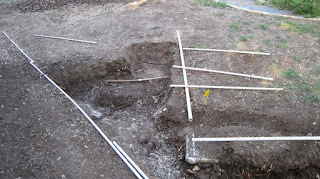 Working carefully from East to West, we first found the cable line. It was about 6 inches underground. I've wrapped a big section of it with yellow tape, to make it easier to see (and hopefully harder to cut accidentally).

Next we should have found the electric line, but so far, we haven't found it or an obvious trench that it could be in. We did find an underground white PVC sprinkler line. It was about 9 inches underground.

Finally, we found the telephone line. It was about 10 inches underground. 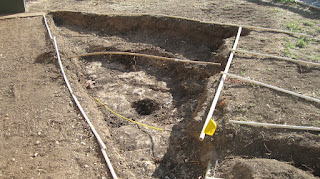 This is a triangle running parallel to the fence (about 5 feet away from it) up to the green electrical power transformer box and then back, parallel to the telephone line towards the house. 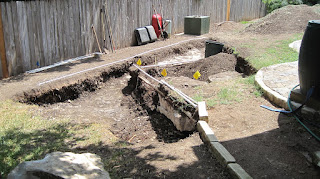 This third area exposes the telephone landline and the cable line. The electrical line is still buried somewhere down in a trench that was cut into the limestone rock. In addition, this area has exposed some large rocks which I will need to break down to get out of the hole that has been dug to expose them. 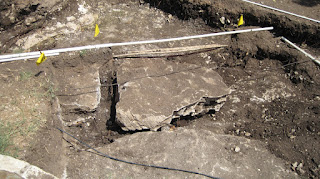 The remaining section will be the neck of this area going along next to the patio over to where the various electrical, telephone and cable lines come up from the ground and attach to the wall.

Posted by crazyjim at 3:54 PM No comments: