Tracing part of the original irrigation blueprints, we can lay out how we want to do Zone 11. 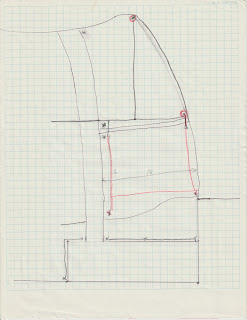 Part of the motivation for this is to minimize the digging in the unexcavated area just below the retaining wall where we did not want to disturb Fuzzy's roots.

First we have to dig up the remnants of the old irrigation pipe. 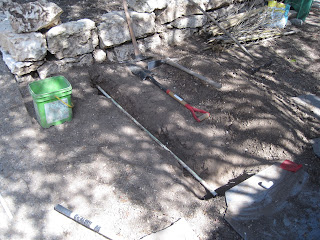 We cut off and discard the old pipe, but attach a new pipe with a new head. 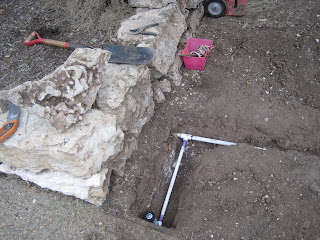 As we are digging to lay the basic supply lines, we realize there is little value in going to far towards the house. We stop the line going down from the retaining wall and run it to the driveway. 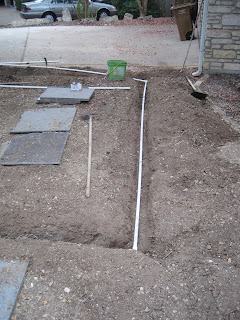 These supply lines are all 3/4 inch PVC.  We run smaller 1/2 inch lines diagonally from the corners to the new heads, like the one by the bed and the sidewalk. 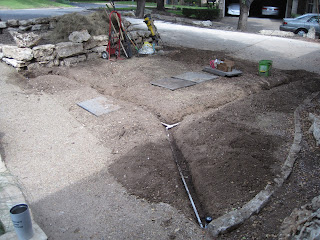 And to the new head by the garage. 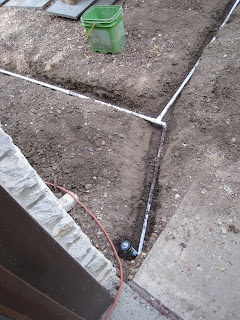 Then we run the line back up to the retaining wall. 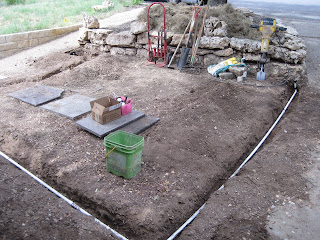 And finish with the last new head. 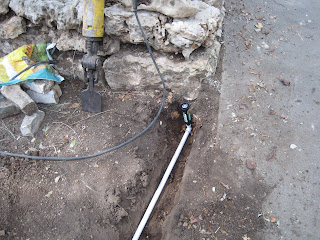 Once we test for leaks, and flush all the lines, we can put the dirt back to hide all the pipes and connections. 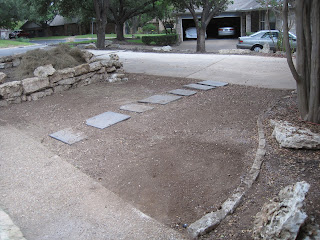 For the heads, we choose the rotary Rain Bird 8SAPROPR Pressure Regulating (PRS) High-Efficiency Pro Rotary Sprinkler.  Installing the four new heads is routine, but we also need to replace the other two heads, in the upper section above the retaining wall.

The first one, next to the retaining wall and the driveway, is easy enough; the soil around it was added when we did the retaining wall in October 2021.  But the one at the corner of the street and the driveway is more difficult; it is still one of the original heads from installing the irrigation system in 1988 (?).  Trying to dig it out broke all the old PVC pipes and connections. 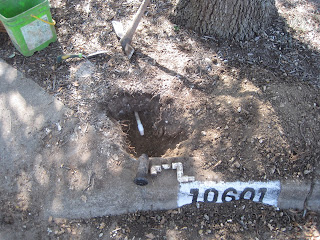 But that allows us to replace all that pipe as well as the head and put in better dirt.

This gives us 6 new rotary heads to finish off Zone 11.  Flush the lines, adjust the heads, and call it a day. 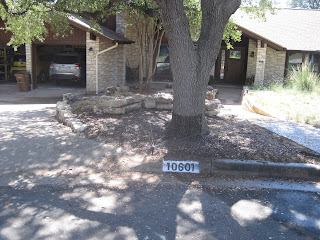