The weather has been warm and dry, so it seems like a good idea to refinish the back deck. The deck is made of ipe, and has turned silver almost everywhere.

First, we move everything off the back deck. Everything except the gas grill. It took 3 or 4 guys to get it up on the deck, and it would be very difficult to get it down. But since it is on wheels, I can just move it around to work around it.

Next, I pressure wash the whole deck. This takes a day or two. I have a small consumer level power washer, and that seems to work well enough. It then takes 3 or 4 days for the deck to dry completely. 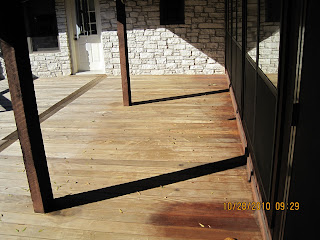 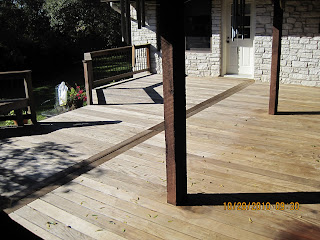 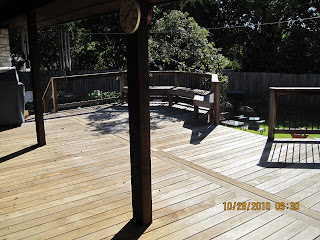 We use Australian Timber Oil by Cabot to finish the deck. I rub it on with a lambs wool applicator since that is what the can recommends. The deck has a lot of splinters, suggesting that maybe I should have sanded it after the power wash.
It took 2 full gallons to cover the deck. 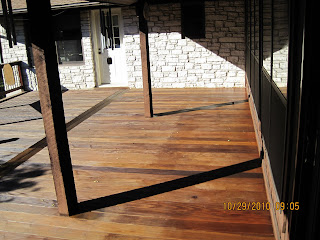 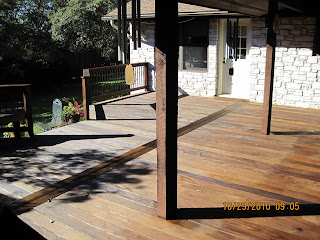 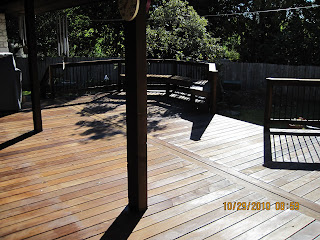 I still have the corner under the gas grill to coat. I have a small quart can to use for that area.
Posted by crazyjim at 8:10 AM No comments:

Now that we have dug out all the dirt, we need to get the rock out. We start with all the exposed rock. 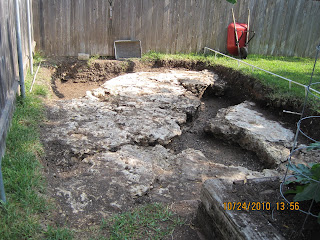 We start breaking the rock up into smaller pieces. 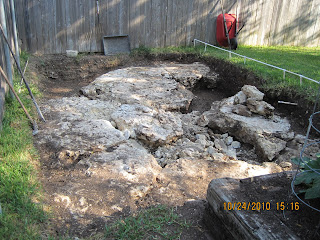 And once it is broken up into manageable pieces -- 80 to 200 pounds -- we can pull it out, leaving behind a lot of smaller pieces. 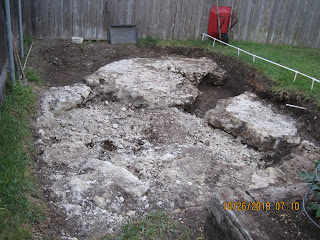 What to do with the larger pieces? We haul them around to the front of the house and put them on the curb. We started with two rocks from before the heart surgery. 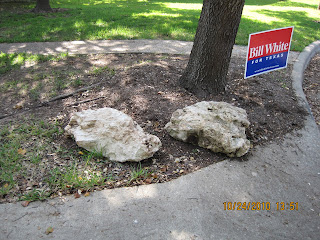 and now we have a much larger crowd. We should be able to get rid of these by posting them on Craig's List as "Landscape Rocks". But we may wait until we get even more out of the back. 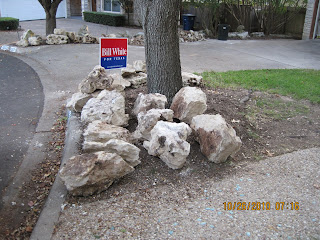 Posted by crazyjim at 6:07 AM No comments: 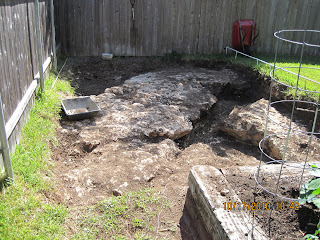 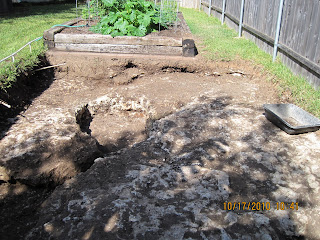 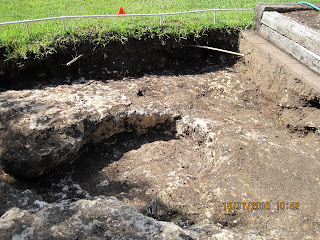 Once the rock is removed, I will be able to put back the dirt, upgraded with as much organic material as I can get -- leaves and grass clippings. Then when we want to plant another tree, there should be a lot of space for it to expand into.
Posted by crazyjim at 6:32 PM No comments:

Digging in the South Pit


I'm back to work digging. I was out for awhile with heart surgery, but they say I can go back to digging now. When I left off in June, the corner of the back yard looked like this: 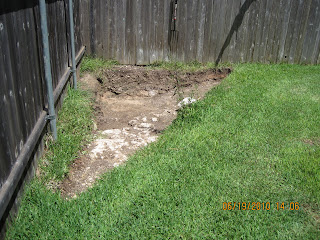 So getting back to work, I enlarged the area that had been excavated to a rectangle. 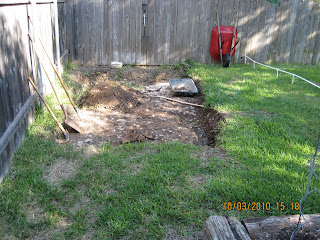 We had a problem that the dog fell into the pit and couldn't find her way out, so I build a short PVC fence to keep her out. 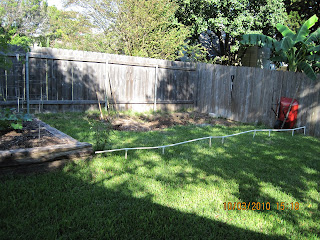 The next few days were just expanding the excavated area. 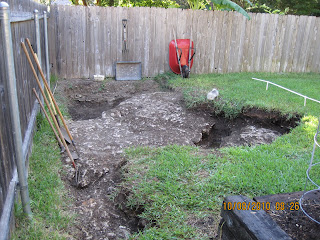 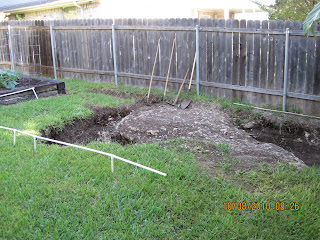 This morning (Friday, 8 Oct), was more of the same -- expanding the area that we have dug down to rock. 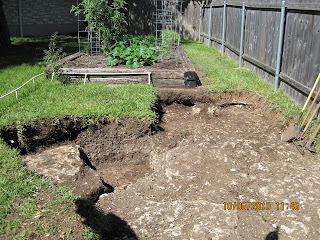 Of course, we need a place to put all the dirt being dug out. We get about two or three wheelbarrows of dirt for every one of rock. 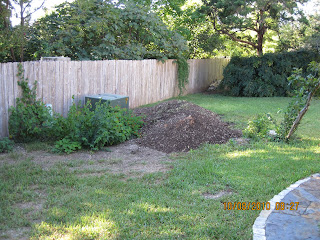 The pile of dirt just gets bigger, day by day. 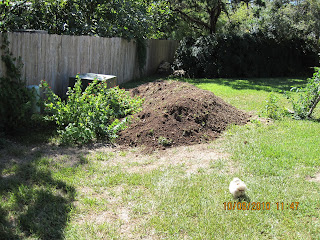