Back in 2012, we got a greenhouse from a neighbor, mostly as a favor to them -- they were selling, the buyers did not want it, and they needed to move it.  We felt it would probably be too hot in the Summer. 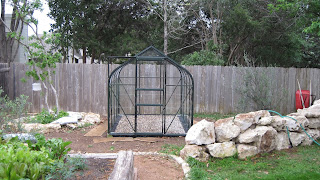 And we were right.  For us, it was just blazing hot in the summer (it literally would melt crayons) and not insulated enough in the winter to protect from the cold.  So we listed it on Craig's List and it went away to someone else. 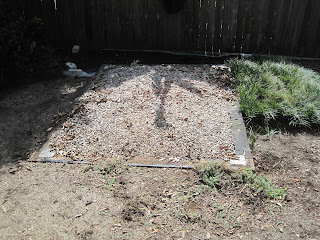 That left the gravel that had been the floor of the greenhouse, but another guy took that, so we were left with just the foundation frame and a slight hole. 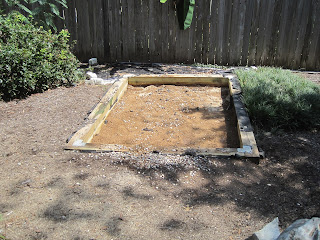 What to do with this spot?

Linda decided she might like another raised bed.  Basically build up the sides somewhat more, and dig out the insides to put in good dirt.

So the first step is digging out the insides.  This part of the South Bed has not yet been excavated -- we put the greenhouse in before we excavated all around it. But that just means that as we dig it out, we get both rock and dirt. 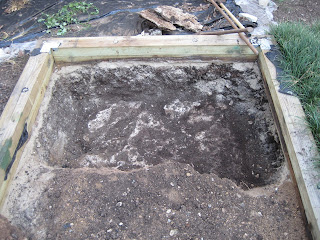 and after a couple of days of digging out the dirt, separating the rocks and hauling the dirt off to make space 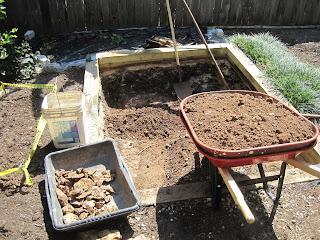 we have a pile of dirt in the back yard (to mix with leaves and grass to make it better dirt): 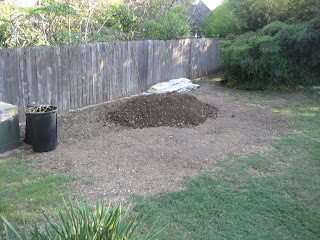 a pile of rocks on the driveway (to get rid of) 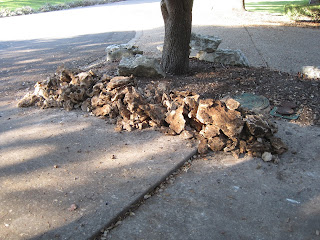 and a hole in the ground, surrounded by the greenhouse frame. 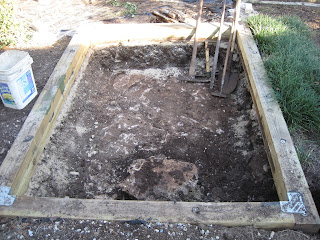 We have one large rock still in the hole; it's too big to lift and I need to built a ramp or step or something to roll it out.

But this only gets us down 18 inches; we want to go deeper.  So we break out the jack hammer and start taking this next layer of rock apart. 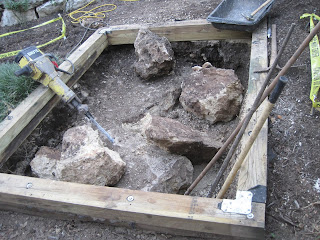 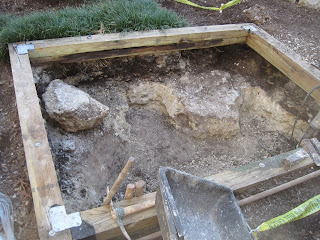 But we are able to get out this layer of rock. 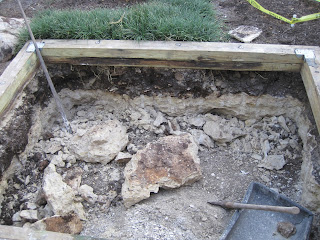 which gets us down to 32 to 34 inches deep (from the top of the wooden frame).

But we can not get out all the rock -- there is still a layer that is under the wooden frame.  This is only on 3 sides; the East side was apparently taken out when the South bed was excavated.  The other three sides, however, either did not go down as low, or did not get as close to the frame. 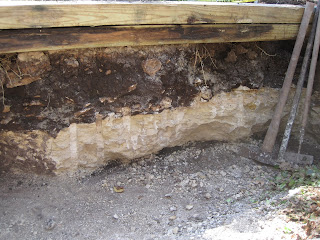 Posted by crazyjim at 6:51 PM No comments: