We replaced one of the 3 florescent lights in the garage with an LED version in May 2015, the odd one back near the workbench.  Now we are having problems with one of the other ones, the two that are over where the cars park.  It may have been just needing new bulbs, but I have run out of the 4-foot florescent light bulbs, so I decided to just replace it with a new LED fixture.

In the last 2 years, the technology of LED fixtures has changed considerably. In this case, we bought a 4 foot LED Wrap Light from Commercial Electric at Home Depot ($49.97).  It has an output of 3600 Lumens for only 40 watts of power. 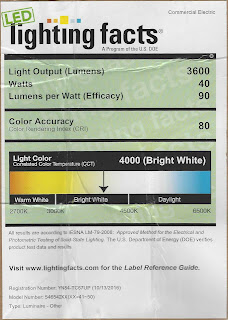 It took about an hour and a half to take down the old fixture and put up this new fixture in it's place. 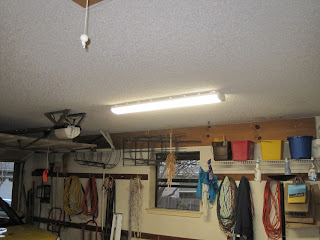