Zone 4 and Zone 6 are the two main lawn irrigation zones.  We upgraded zone 4 from the standard pop-up spray heads to a rotary head. Now we do the same for zone 6. 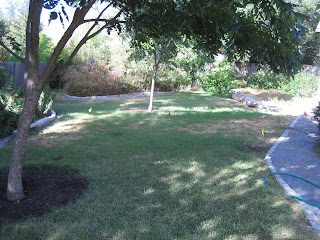 We first turn on the system and mark all the heads -- including the two hidden in the bed next to the fence.

Then we dig out around each head to make sure it is clear of any grass.

We go around and turn off each head by tightening the screw in the center of the top (clockwise).  Now when we turn the zone on, all the heads pop up, but no water comes out.  Checking the meter, we see it is still turning, slowly.  We remember there is a bubbler for the pecan tree, so we find it and turn it off. 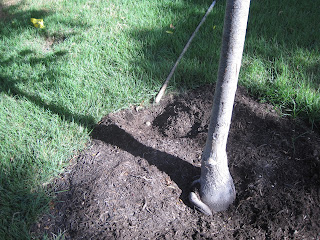 The water meter is still turning and after some checking, we find a leak under one of the heads -- the nipple between the white PVC piping and the head has split.  So we dig that up, and replace the nipple and riser.  Now we can turn Zone 6 on and there is no water usage.

Next we remove the inside of each of the sprinkler heads, leaving only the exterior plastic shell.  (Well, except for the head that had the leak; we can easily replace that entire head.)  Turning the water on, we see that it flows freely from the shells close to the valve; those further away, not so much. 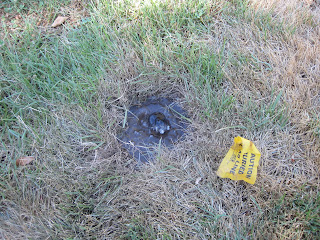 Now all the heads work, pretty much as designed.  We have to go to each head and adjust where it starts and where it ends.  Except for the 360 degree heads in the middle of the yard.  Those just need to be adjusted for the distance to throw the water.

Once all the heads are adjusted, we can run our 5 minute test and Zone 6 takes about 75 gallons. 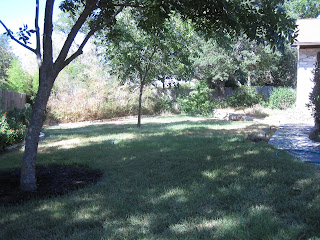 Posted by crazyjim at 9:23 AM No comments: