This Pella door was so well built that it introduced a problem. When we let the dog out in the back yard, we couldn't hear it bark at the door to be let back in! To fix this, we got a baby monitor and put it outside the door. When the dog barked, the baby monitor would pick it up and transmit it to the inside of the house. 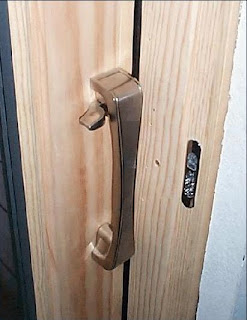 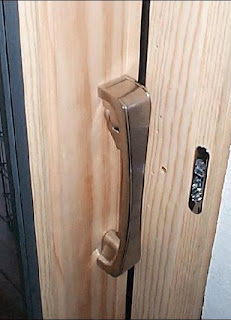 As I said, this is a disaster waiting to happen. This is a door that is unlike doors that most people will have encountered. Children, guests, visitors. It is unreasonable to expect these people to be taught how to use the door before they use it, nor is it reasonable to expect that they will remember the peculiarities of this design.

We replaced it with an Andersen door. Basically the same, but only double paned glass (not triple paned) and so without the built-in duet blinds. $1597.68 on 19 November 2005. 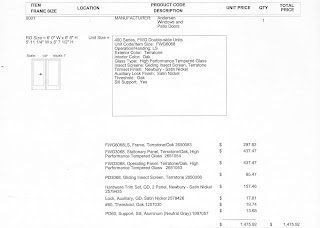 But finally, we have a nice sliding door. I put two coats of polyurethane on the wood trim. 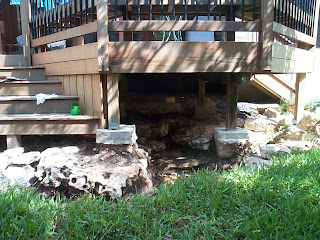 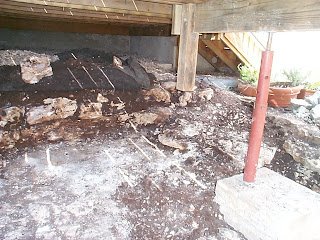 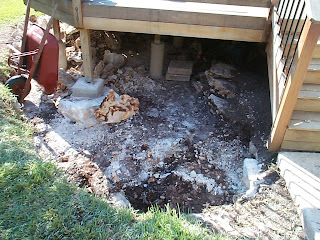 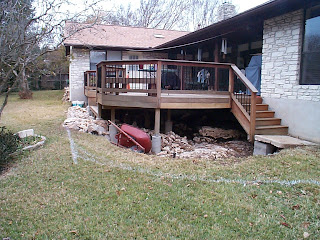 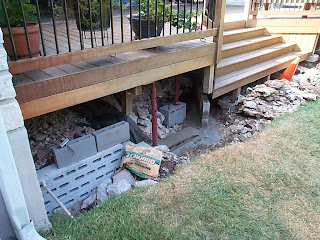 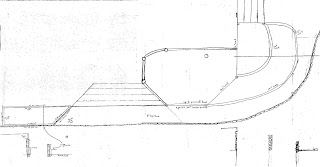