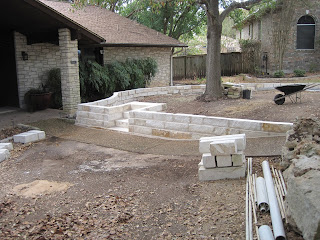 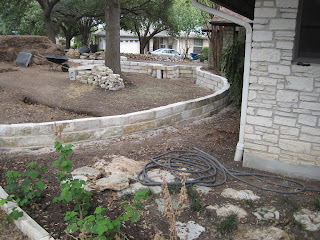 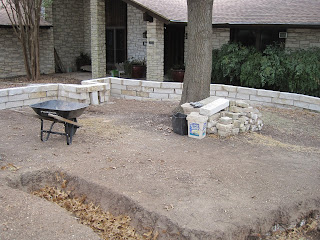 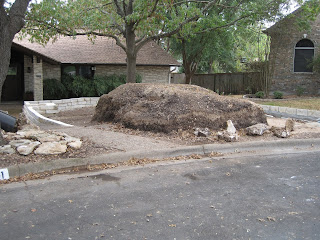 The garage walls are finished, but over time they have certainly shown their wear.  But this is certainly not a high priority item.

In Sept 2019, we decided to re-paint the East exterior wall, or at least half of it -- up to the window. We took everything off of the wall, and used masking tape all around the edge.  We patched the sheetrock where the paint or texture had problems. 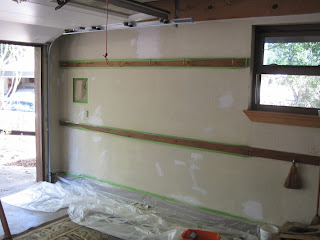 We painted by hand the patches and all the edges. 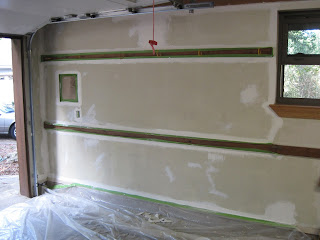 Then we used a roller to paint the wall itself.  Remove the masking tape.  Put the outlet cover back on.  Done with this side for the moment. 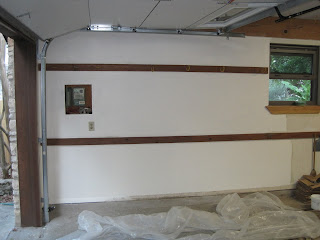 Posted by crazyjim at 3:19 PM No comments: 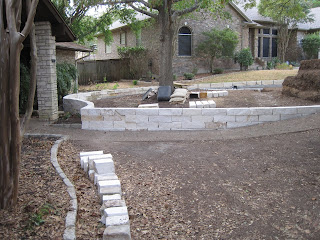 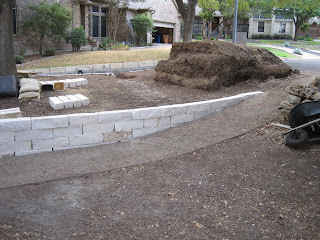 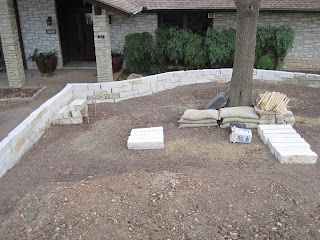 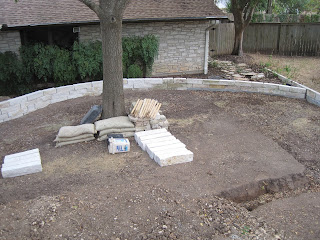 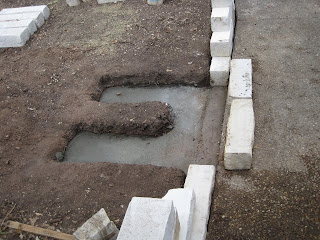 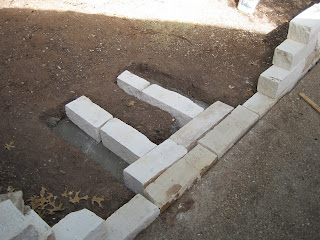 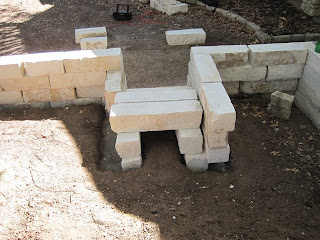 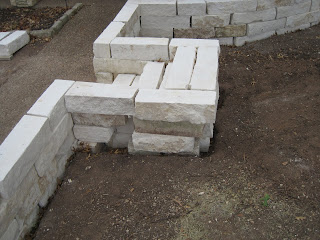 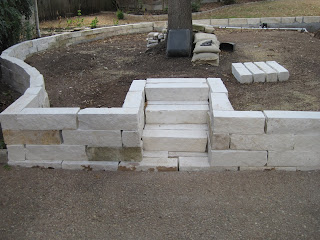 Starting near the trench, where the wall base has already been created, we need to move across the yard.  There is currently a low garden bed wall separating the yard from the bed in front of the house. 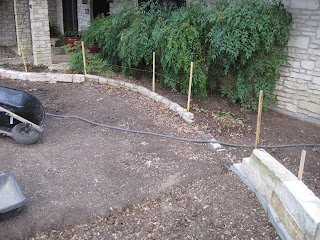 We will remove this short wall and dig down to prepare it for the new larger wall.  The new wall is constructed of 6x6 limestone blocks.

So first we remove the existing wall. 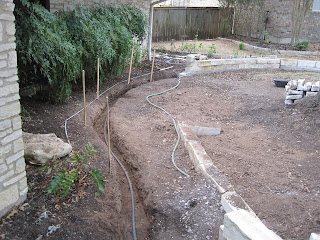 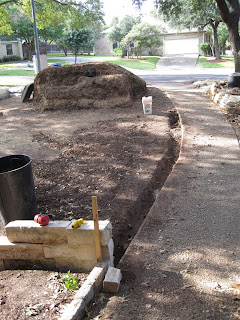 The section along the sidewalk is to be flat and level.  So as the ground rises towards the street, the wall continues straight ahead and "dives" into the rising ground, so that the top is always level.  That means that the corner near the door will be higher (more levels of stone) than the end nearer the street, where the wall becomes flush with the dirt and "disappears" into it.  The first course of stone work is mostly below ground level near the street, and continues flat for only 10 or 12 feet before it is so far below ground to be invisible. 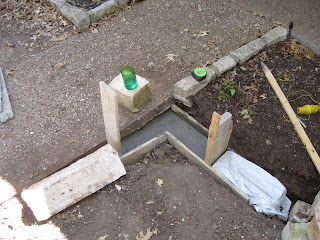 and then extend that, level, down the sidewalk until it needs to be stepped up.  Once that dries, we can then stack 6x6 blocks on it, to see how the wall will look. 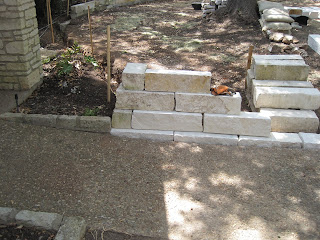 Notice, for example, that a couple yards from the beginning, we want to put a set of stone stairs that will lead up to the new yard level, the level of the dirt that will be behind the retaining wall.

For all of this, we need a bunch of 6x6 limestone blocks.  We buy 2 pallets of them from Whittlessey Landscape Supplies, and have it delivered.  This costs $664,31 for 7438 pounds of stone. 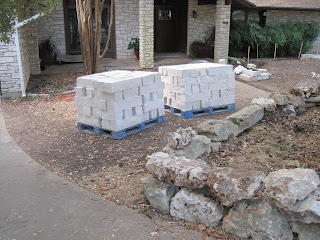 We first need to see what we have.  Unpacking the pallets, we have 43 blocks that are 24 inches long or more. 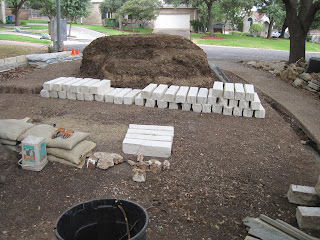 Four of these broke/fractured on the pallet.

Another 56 blocks are between 16 inches and 24 inches in length. 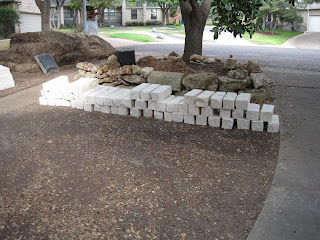 And then there were 13 short blocks, of less than 15 inches in length.

We also needed more concrete, for the base to put the stones on.  That will all be below ground and not visible.  We bought 10 60-pound bags the first trip and another 12 bags on another trip.

Plus we will need mortar to hold the blocks in place.  These blocks are actually big enough (6x6) and heavy enough (a 24 inch block weighs 72 pounds) that they can be used as "dry stack", where they are just piled on top of one another without mortar.  But we want to offset each course slightly to create a slight stair-step appearance, so we will mortar each course in place.  We want a white mortar, to match the white color of the limestone.  There is no white mortar in the cement/mortar aisle at Home Depot -- apparently "real" workers make it up from scratch from White Masonry Cement and white sand -- but there is white mortar -- made with white cement and white sand -- in another aisle, for glass blocks: Glass Block Mortar Mix (50 pounds).  We will use that.