While working in the backyard, I noticed that the back gable on the house was not what I would have wanted. The original construction was masonry (stone) for the first floor, but all the gables are a stained rough cedar. When we had the loft room remodeled, I had the gable over that room removed and rebuilt with windows and stone exterior. 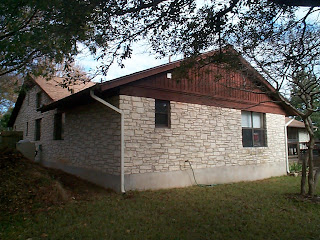 I contracted with Dillo Construction for this. The contract was signed on 26 November 2007, and they started work shortly after that. The cost was $5120, with half down, half on completion. Dylan was my main contact. They did a really good job. 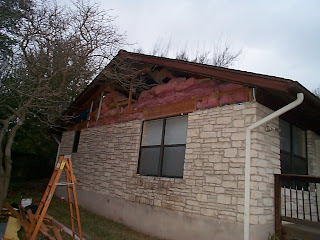 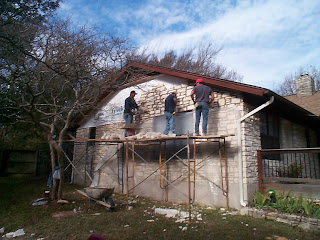 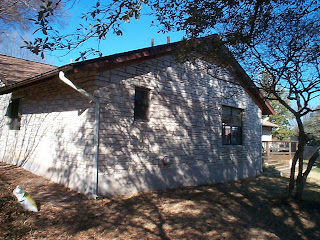 The stone and mortar should age over time to be less noticeably lighter in color.

Posted by crazyjim at 9:04 AM No comments:

Can I grow Olive trees?

With global warming, the climate should get warmer and dryer, more like the Mediterranean. That might mean that we could grow plants from that region. Specifically, maybe we can grow olives. I ordered two olive plants over the internet from www.growquest.com. Two Sevillano olive trees. Just small ones. $77.38. They should be okay if we can get them thru the winters. The winters here are still getting below freezing, and that should be okay once the tree is established. For the first three years, I've been covering them whenever it threatened to be below freezing. One of the trees died, but the other is still doing okay. 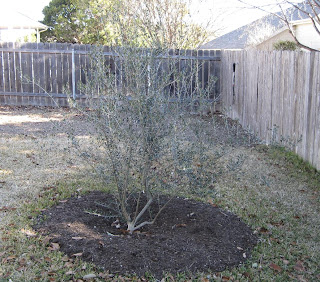 Now, January 2011, I have bought two new ones. We were driving thru California and the signs for Corning said it was the olive capital. I asked at the Olive Pit if they sold olive trees and she directed me down the street to Martin's Gardens, 530 Solano Street, where I bought two 1-gallon Manzanillo trees ($7.95 each). I will keep them in their containers until Spring, and then find a place to plant them. 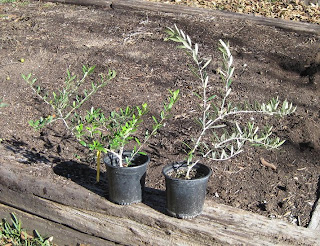 Update: Feb 2021. At least one of the olive trees did not make it thru our coldest winter.  While the weather on average may be warmer, it is also more extreme, and the olive trees really cannot take that.

Posted by crazyjim at 7:42 AM No comments: