Digging up the back half of the front yard, Part 7

With the stump isolated, we can continue excavating the front yard.  There is a patch of dirt next to the stump that looks to be over a big rock. 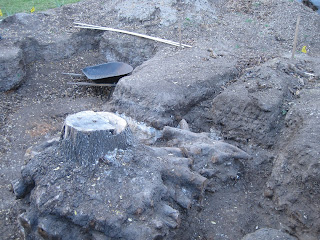 So we begin by removing the top layer of dirt.  This exposes a network of roots a foot down. 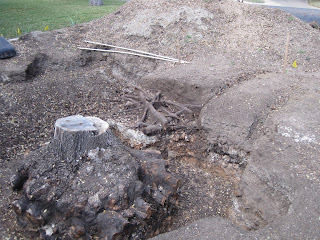 We can remove these roots by just severing the two to four that leave this patch. 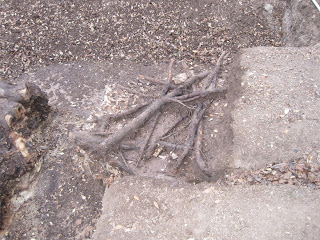 and having done that, we have an exposed layer of rock. 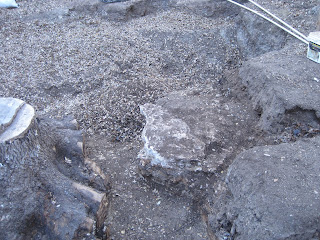 Thinking that stone ledge might be useful in supporting the stump as we try to get it out of the hole, we thought we would leave it as is for the moment.

Turning our attention to the back part of the front yard, we had noticed in our early excavations, that their was a piece of irrigation piping extending from the back of the yard, near the house windows, to the stump, some two to three feet down. 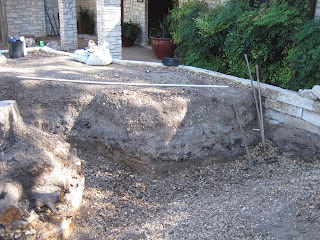 We removed all the dirt and roots above the PVC irrigation pipe. 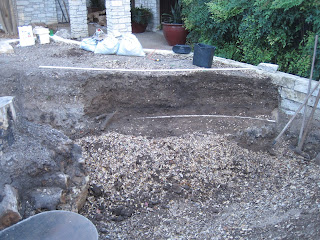 exposing the entire length of the pipe. 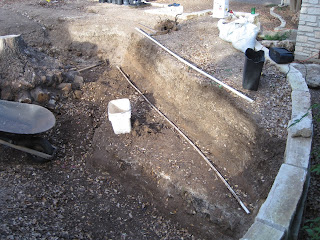 and leaving the ledge of soft rock to be removed once the pipe was taken away. 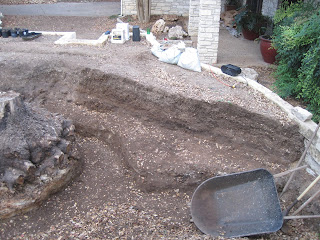