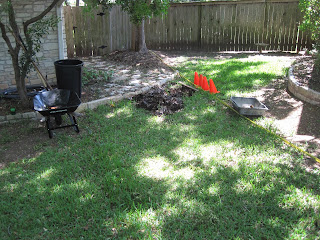 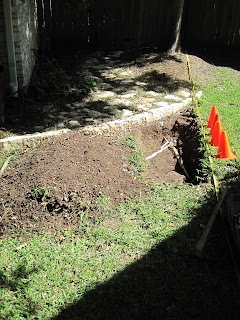 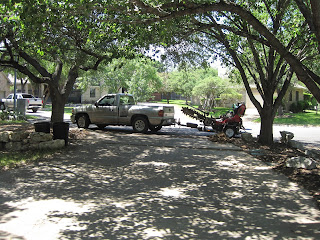 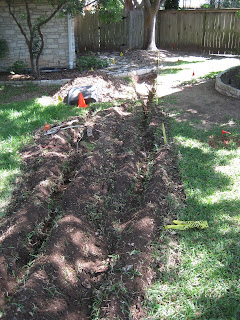 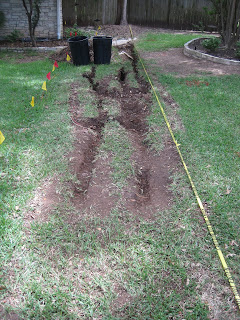 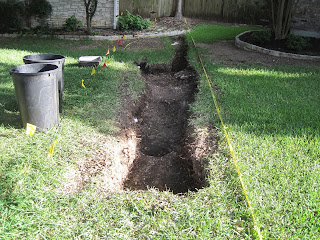 We have been trying to get a new light fixture for the front entry way for years.  After replacing the office/library fixture, I noticed that there was a smaller version of it that could be put in the entry way.   Linda agreed. 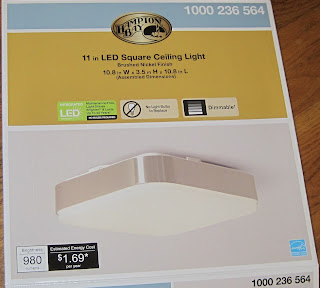 Installing it was very quick and easy, although there seems to not be a way to mount it parallel to the walls. 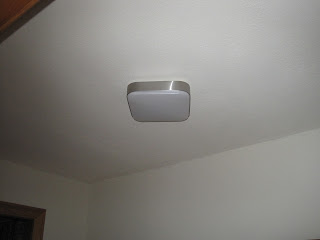 and it is barely bright enough. 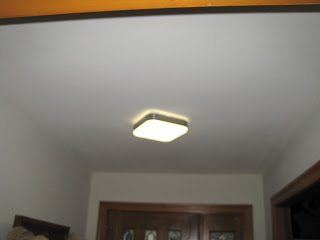 The lighting facts says it puts out 980 lumens. 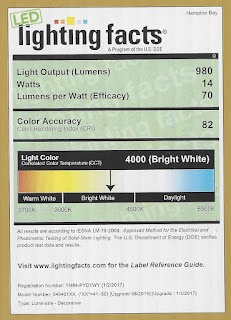 Posted by crazyjim at 4:07 PM No comments:

New Light Fixture in the Library

The old light fixture in the library is four 4-foot fluorescent light bulbs, but they keep needing to be replaced.  So this time we decided to replace the old fixture with a new LED light fixture.  My choose a 4ft LED Ceiling Light, Hampton Bay Model 1000 532 415.

When we removed the old light fixture, we discovered that the ceiling under it was still the old popcorn texture, so we sanded it down. 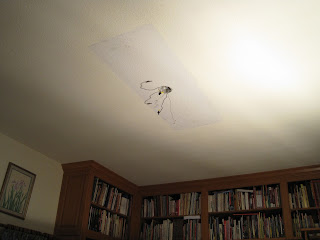 and then we repainted the newly exposed area, again using the Martha Stewart Heavy Cream color that the rest of the ceilings have.

Then we installed the new LED light fixture and wired it up. 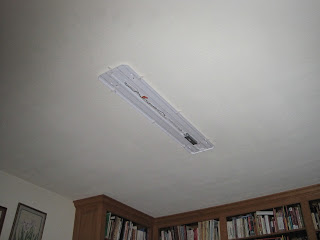 This seems bright enough, at least without the cover.  The lighting facts say it is 3000 Lumens at 4000 degrees (Bright White). 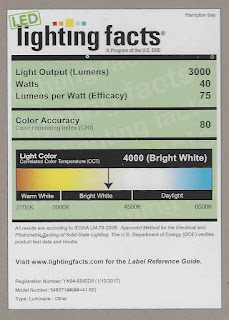 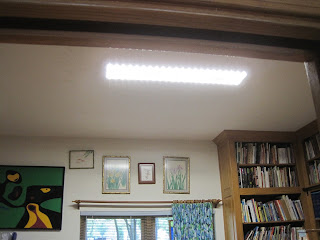 and presumably something less with the cover 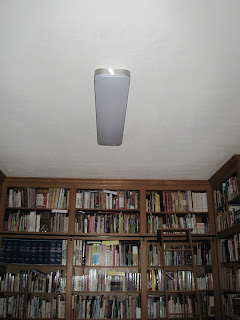