The rolling chairs are really taking a toll on the computer room floors; they have needed to be re-finished for some time.  But it helps to have good weather, so we can open the windows to air out the fumes.  This week looks good.

First we have to clear out all the stuff that is in the room. 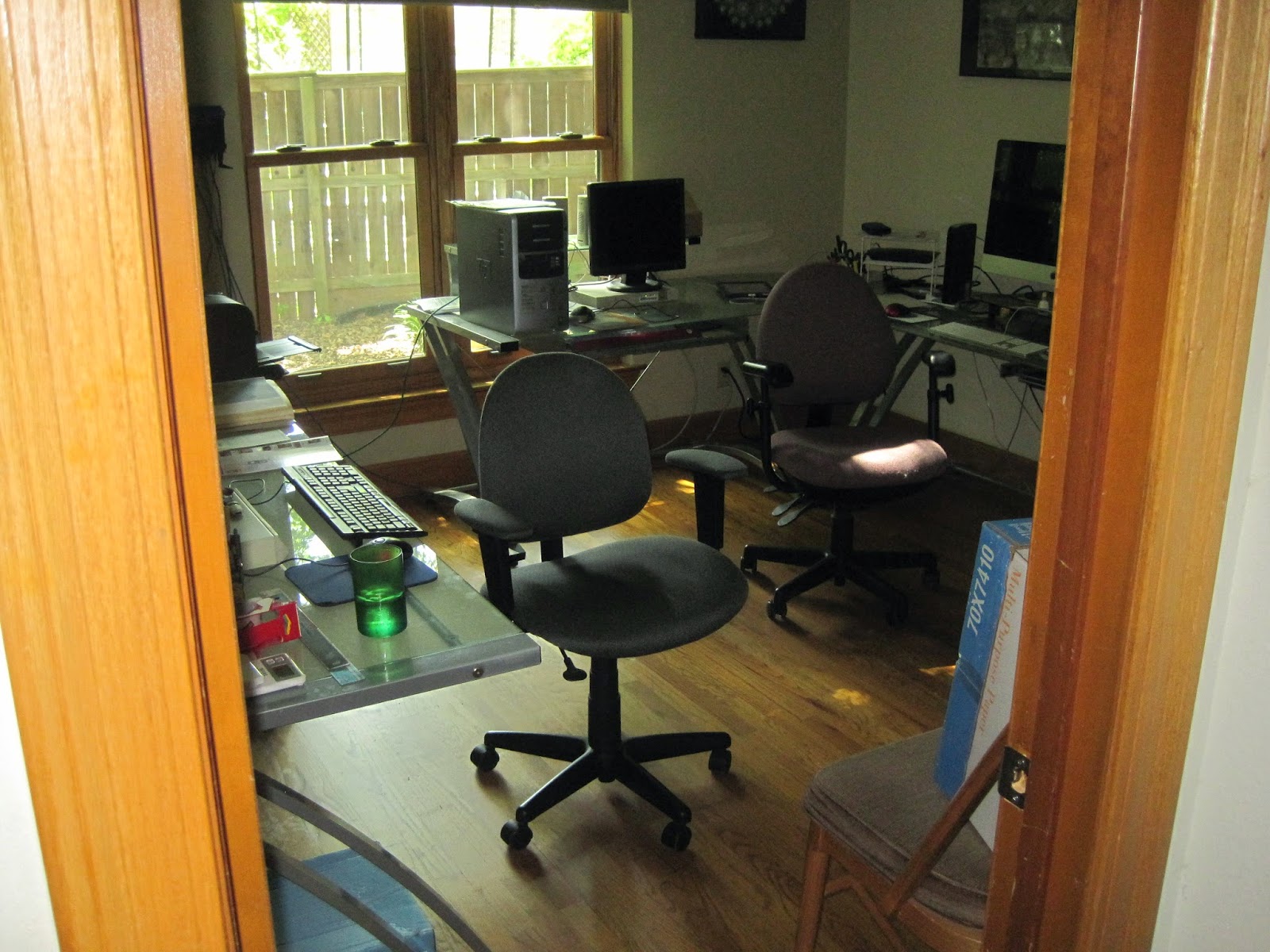 Then we can sand down the floors (150 grit), vacuum, mop, and wipe it down with paint thinner and put a coat of polyurethane on.  The actual painting only took about an hour.  Then we wait over night. 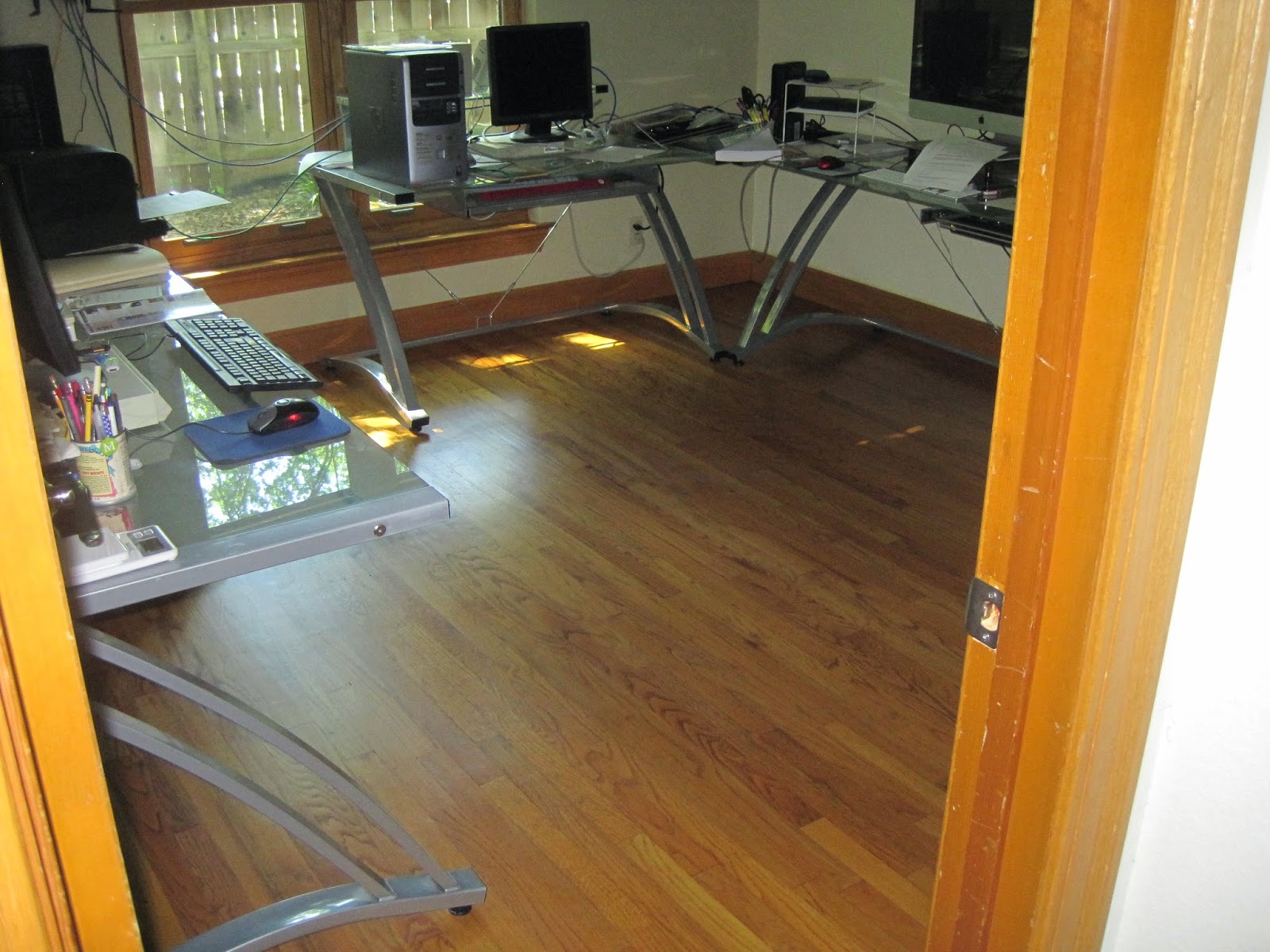 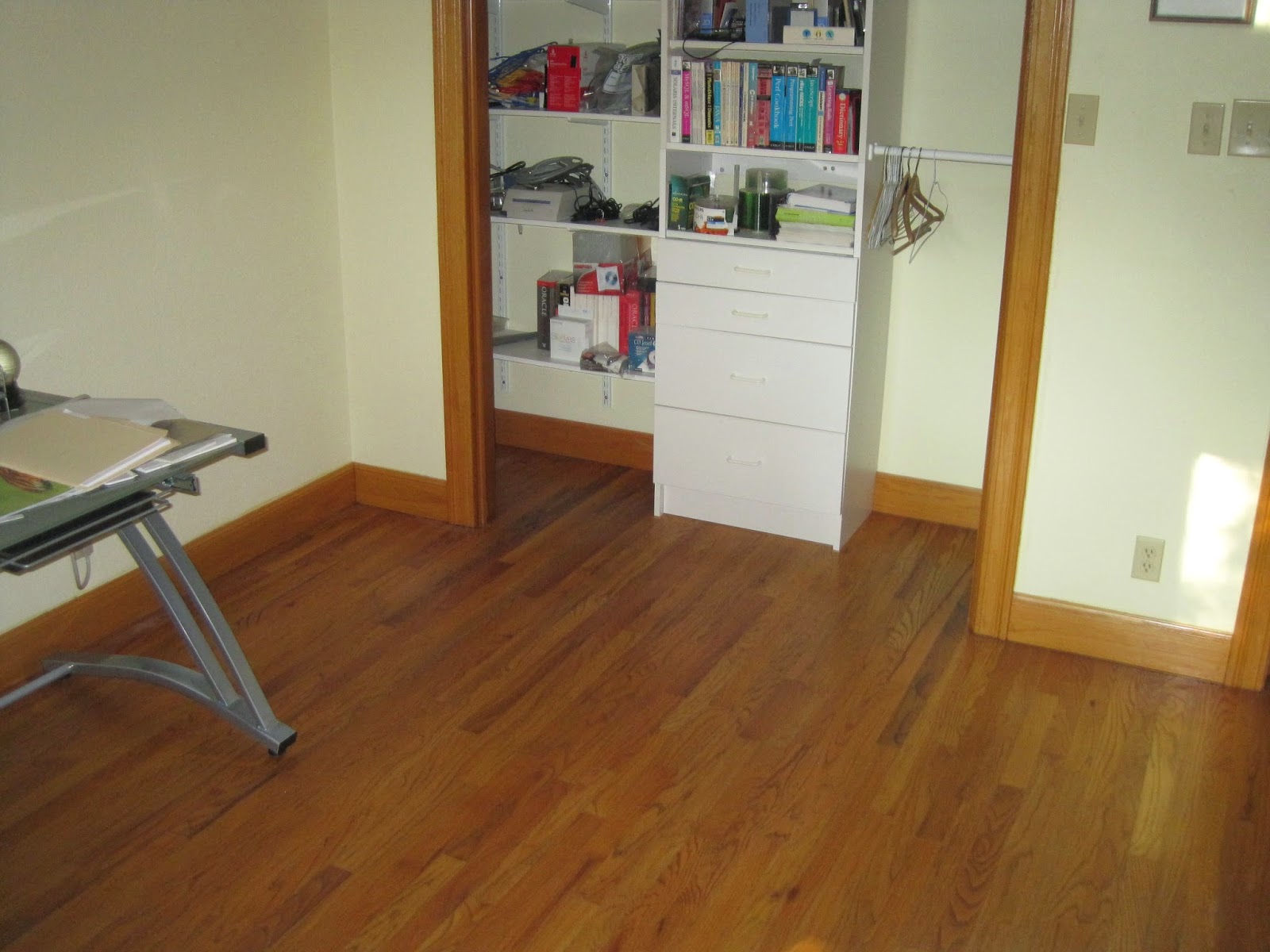 We put two coats on the worst spots.

Posted by crazyjim at 1:14 PM No comments: 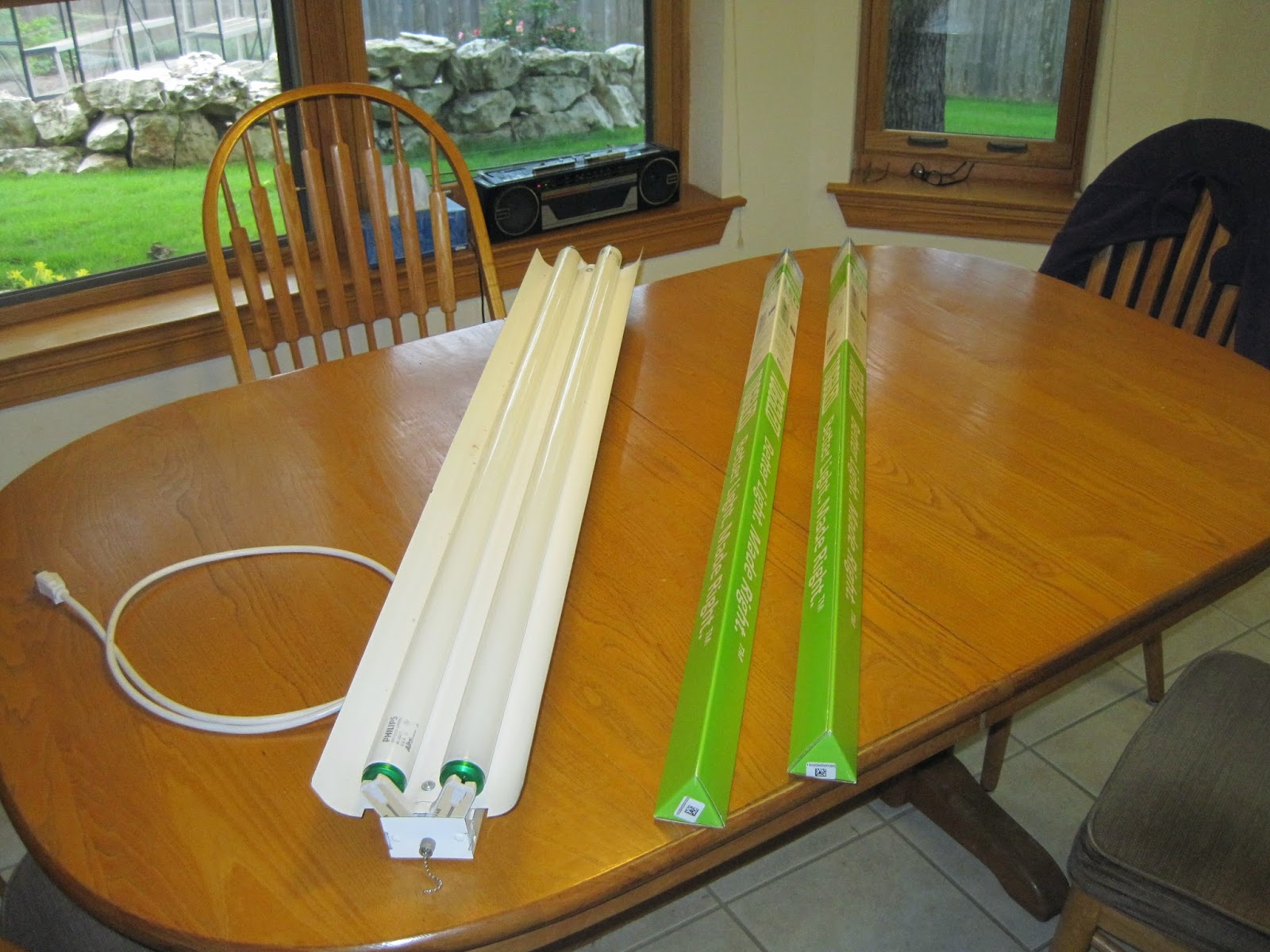 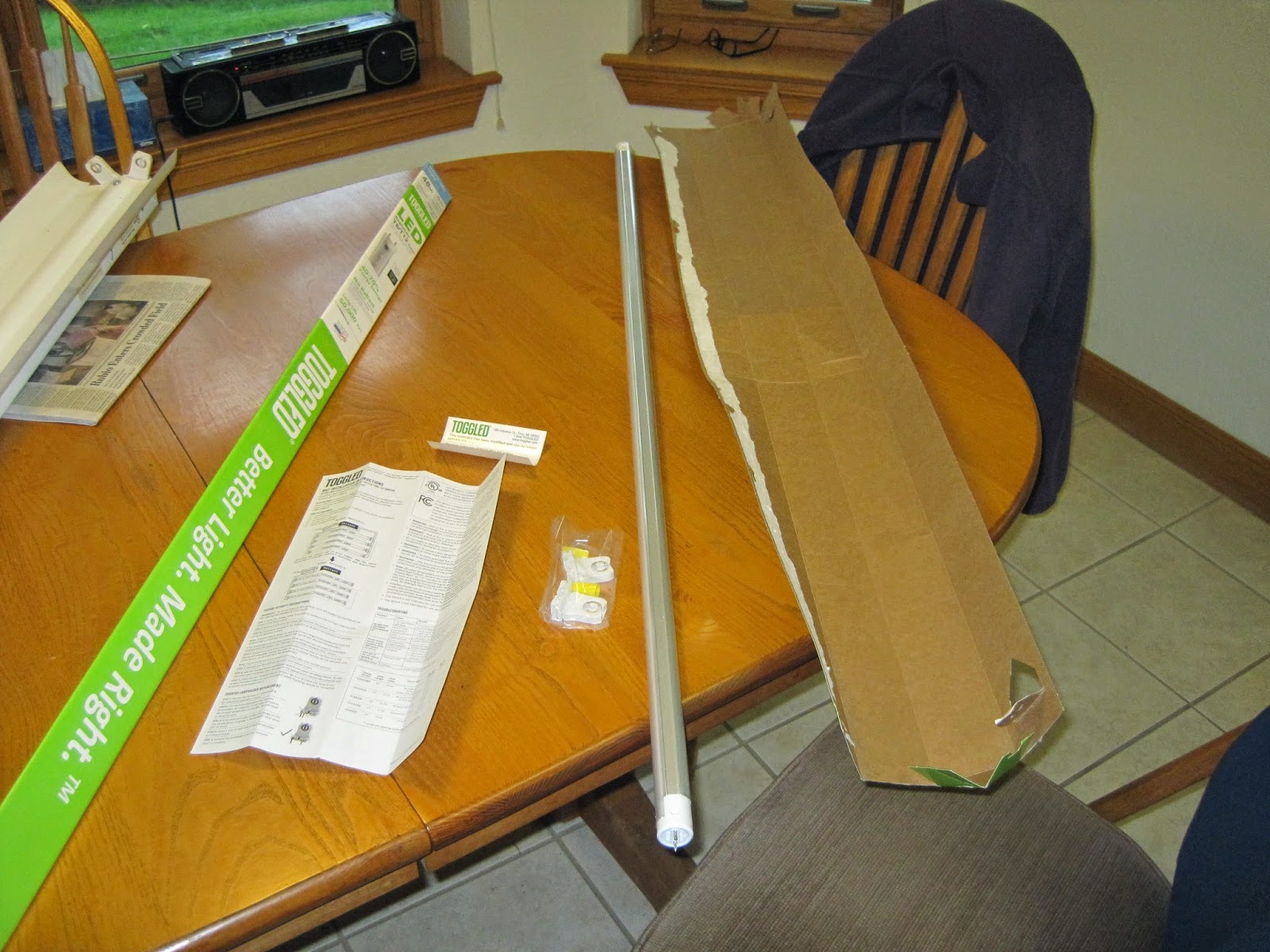 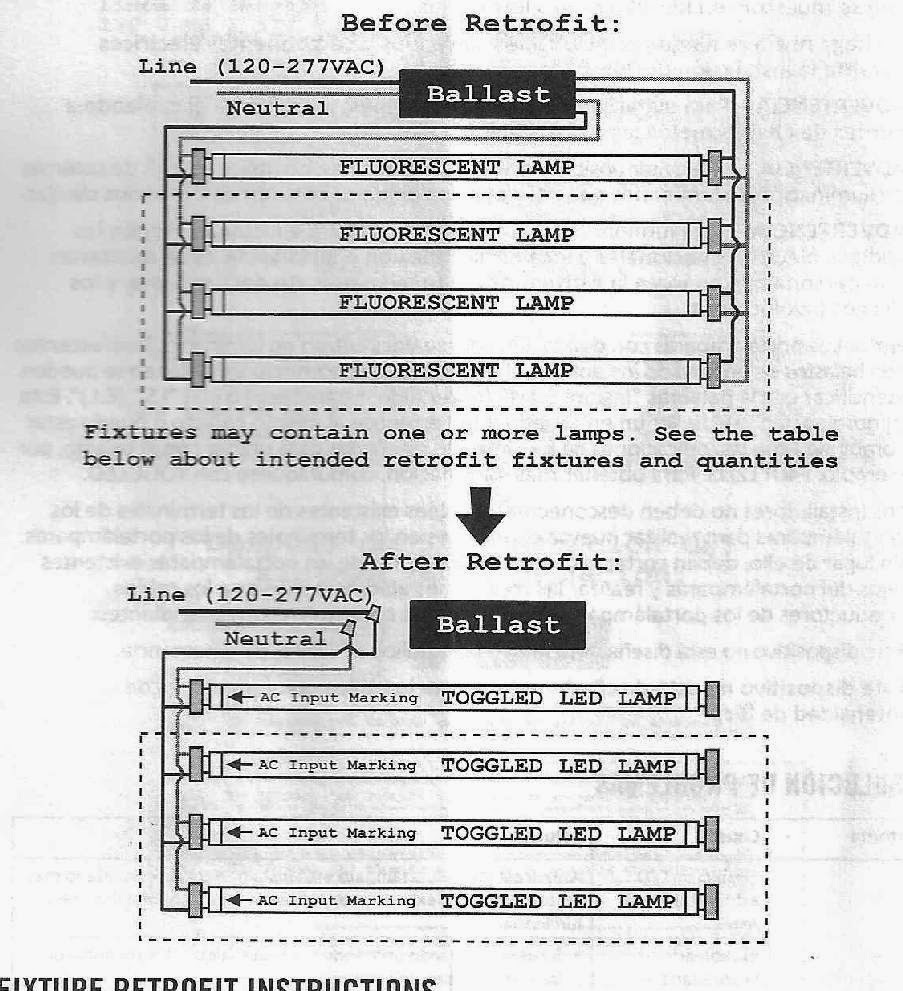 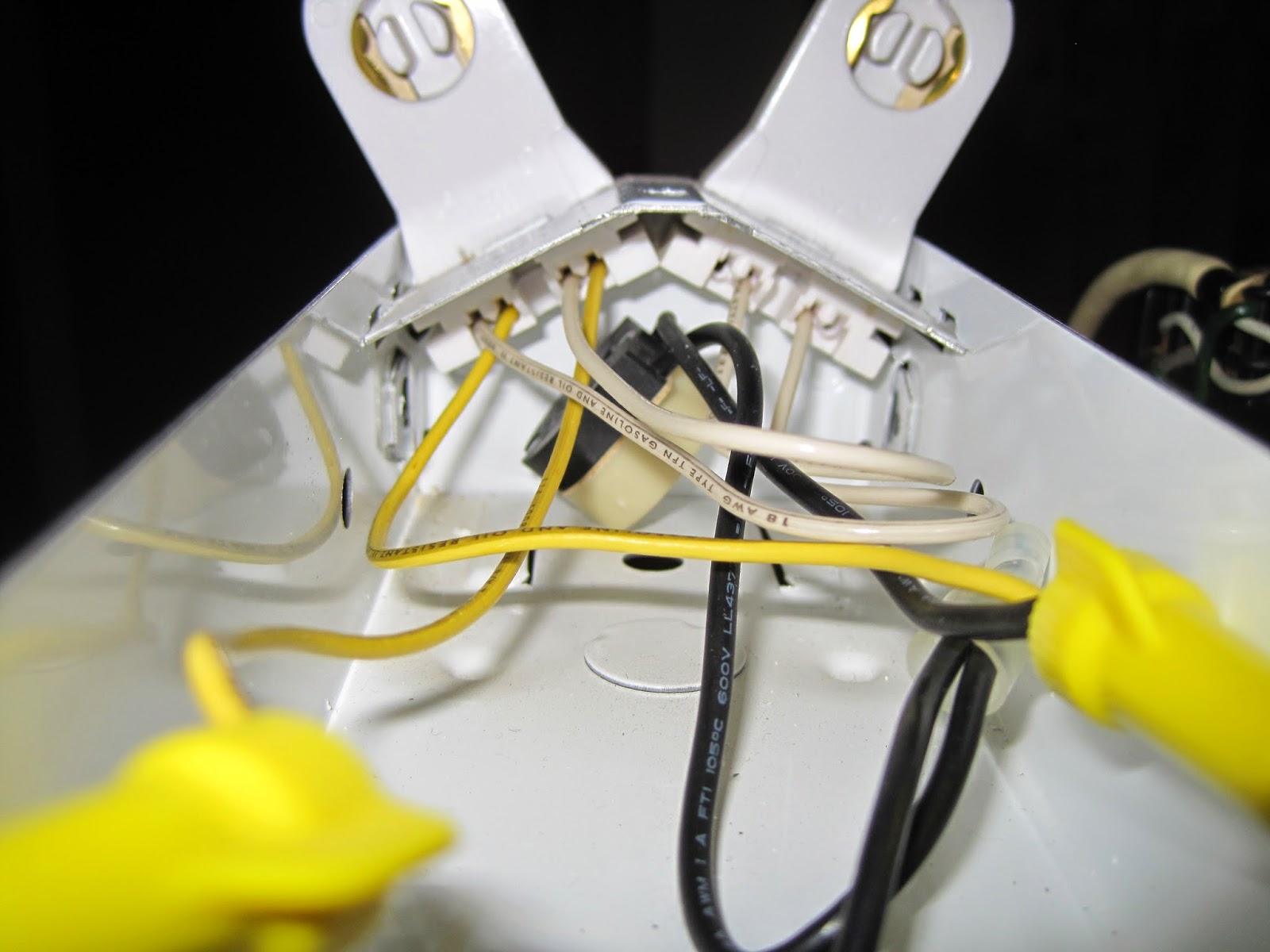 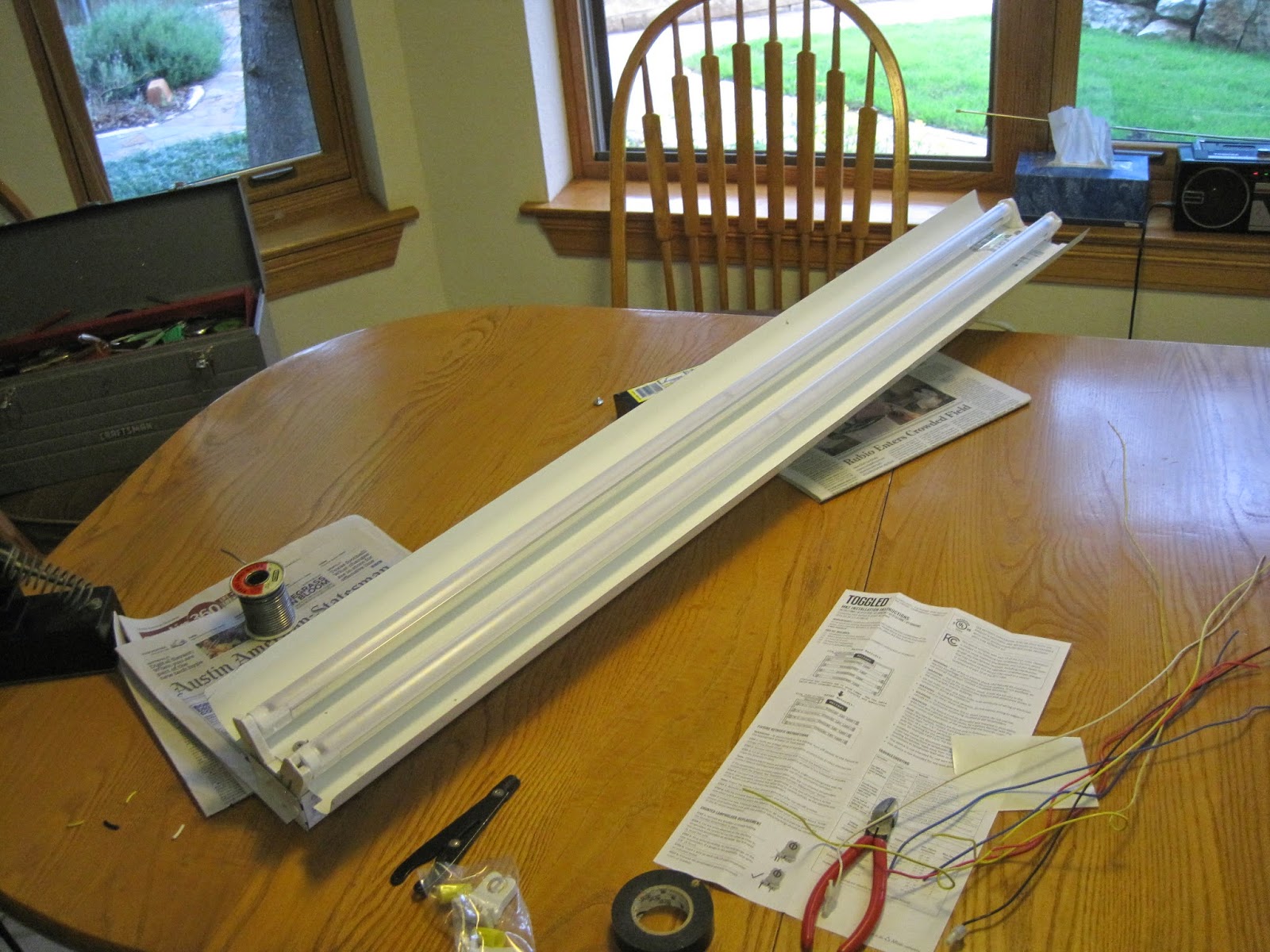 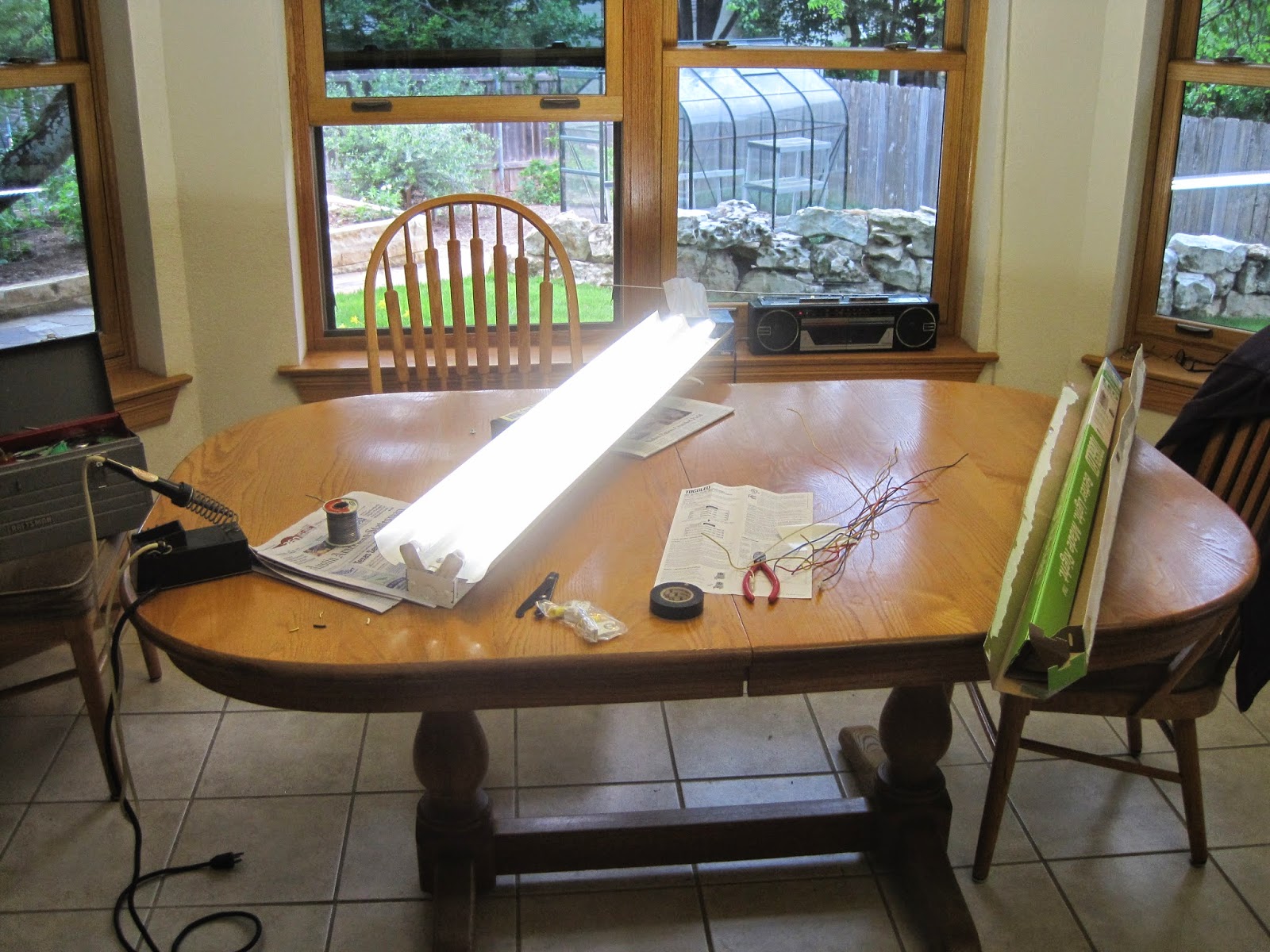 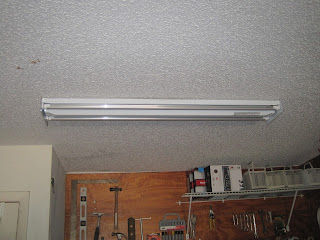 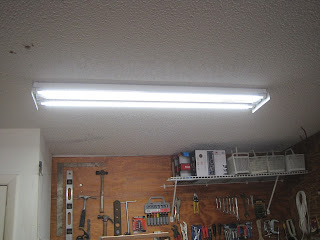