Years ago, I had finished out the River of Rocks to the front yard, running it up against the short bed wall separating the front beds from the lawn. 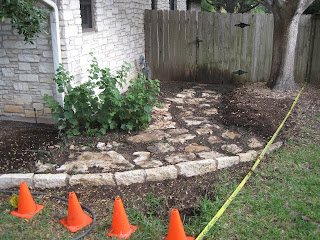 Then we needed to dig under this to move the gas line, and we removed the bed wall, added the dividing wall between our lawn and the neighbors, put in the retaining wall, dug up the front yard and brought in new dirt.

That left the small bed area by the front corner of the house in shambles. 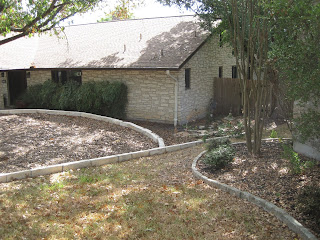 We still had the rocks that were used before, but now the wall had moved further from the back yard, and the wall was much taller. 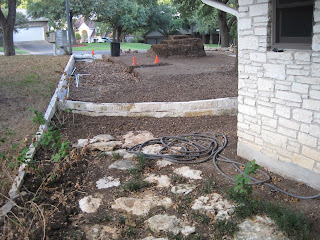 So we used dirt to create sort of a ramp up to the top of the new retaining wall, and repositioned the rocks on that. 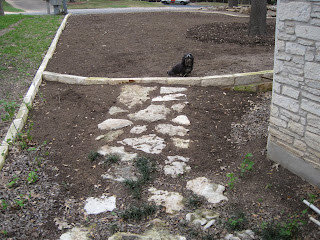 And then we replanted the Monkey Grass that had been there (but was temporarily moved to another location) back between the rocks. 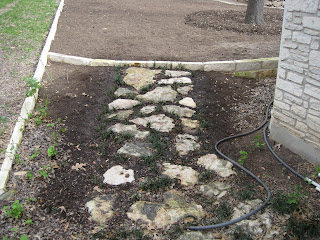 This should provide Monkey Grass between and along the River of Rocks and Turk's Cap in the area from the River of Rocks to the dividing wall, and maybe next to the house too.  The Turk's Cap was planted there years ago, and all the digging seems not to have killed it; it keeps coming back from small parts of the roots left behind.

Posted by crazyjim at 9:26 AM No comments: