Smoke detectors age and stop being effective after about 10 years.  In 2015, we installed a Nest Protect smoke detector, and in October 2021, it started warning us that it was going to expire.  But the messages were being sent to an unmonitored e-mail address, so I didn't notice until just now. 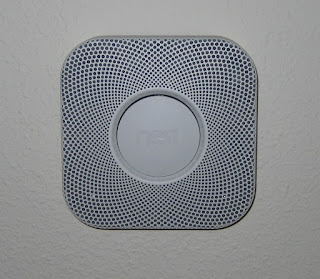 All of our other Nest units are wired into the house, not battery powered, and we considered replacing it with a wired unit, but maybe it would be good to have a variety of battery and wired units, so we went looking for another battery unit.  We found them at multiple sources, but all at the same price, so we went over and got a replacement from Home Depot.  $128.82 (after sales tax added).

Removing the old unit just requires twisting it off, exposing the mounting ring. 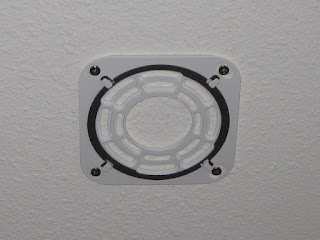 The new unit is 2nd Generation (so it should last 10 years), and they might have used the same mounting ring.  But they didn't.  So we have to remove the old mounting ring and install a new one. 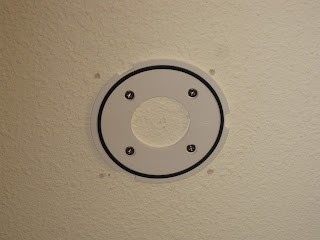 Then we need to activate the new one.  Which requires the old one to be de-activated first.  We can hold the button down on the old one for more than 10 seconds, and it resets itself to factory conditions, removing all our info.  Then I can turn it over and remove the batteries to turn it off.

The new unit has a QR code on the back to scan with the Nest app on my iPad, and after selection the language (English) and giving it a name (Living Room), it communicates with the other Nest units to learn the Wi-Fi information and set itself up.

Then it can be put up on the ceiling. 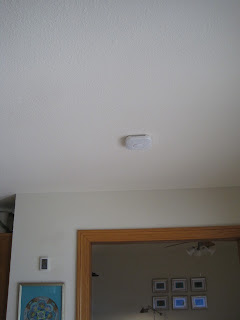 The unit itself is the same size as the 1st generation unit, so it covers the holes from the old mounting ring.

At least at the moment, it seems to be confused between the old unit and the new unit, since when I press the button, it still says the Living Room unit is expired, but I assume that will go away in a day or two at most.

Posted by crazyjim at 9:59 AM No comments: