After all the work to try to make the big Spanish Oak in the front yard happy, it died.  It appears that it died last Summer (2019) from too much heat and too little water.  We thought it might just be dormant for the Winter, but come the Spring, there was no new growth -- no leaves.  Occasionally branches would fall to the ground, and they were really brittle and dry. 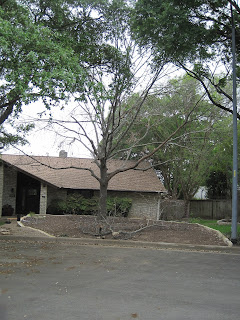 So the decision was made to remove the tree.  We started by removing all the lower limbs, which just confirmed our belief that the tree was dead. 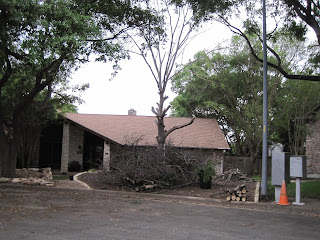 Then we took the top off. 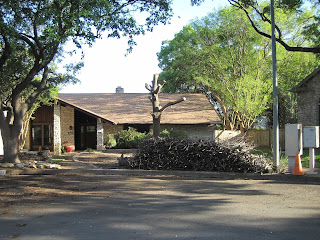 This produced a large stack of wood that we gave away on Craig's List, and an even larger stack of small branches and twigs which the City took away in  Large Brush Pick-up. 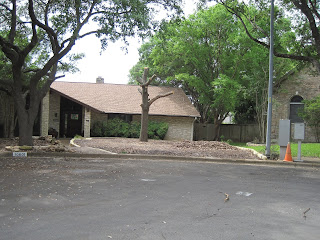 The remaining part of the tree -- the trunk -- was 12 feet tall and 60 inches around (at the base).  It took some 3 hours of work to remove the top branches and cut down the tree.

This leaves a stump 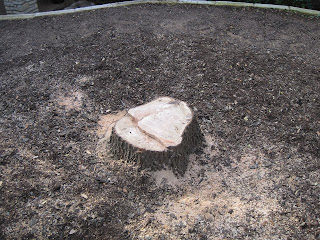 but the yard is now clear of the tree and we can start digging, to remove the stump and any rock under the dirt. 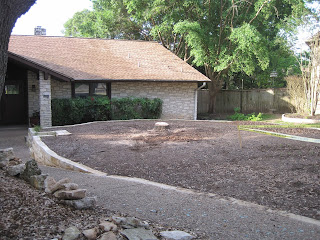 Posted by crazyjim at 8:35 AM No comments: