Sprinklers for the beds by the River of Rocks

We have dug out a bed by the A/C compressor.  Doing so exposed a sprinkler head that is currently on zone 8.  The other bed, on the other side of the A/C unit, is on zone 9.  We will convert zone 9 to cover all the beds. 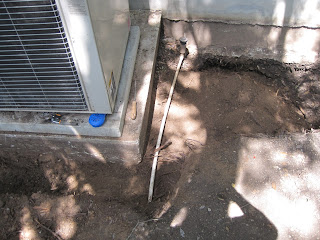 So we need to remove this head from it's current water supply and tie it into the water supply for zone 9.  Zone 9 covers the heads in the other bed, so let's dig down and tie into that line.  Although the paperwork of this other bed shows the line going from one end to the other, next to the house, once we dig it out, it is clear that it must run down the middle of the yard and then send a pipe over to the head. 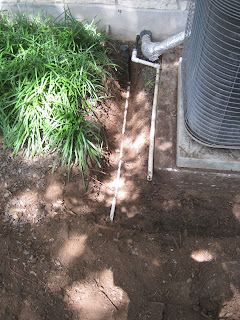 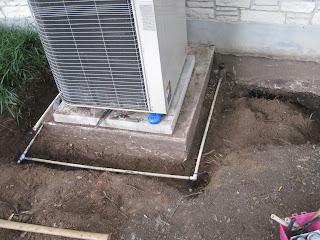 We need to dig back as far as we can on the zone 8 supply line and cap it off. 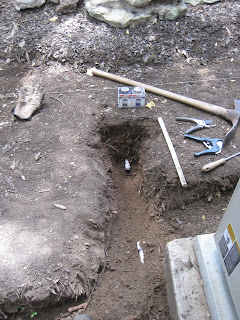 Then we can extend this new water supply to another head at the other end of the new bed. 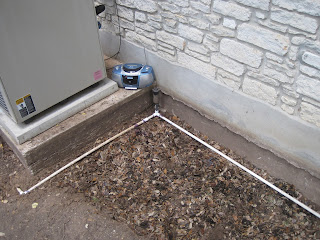 This gives us sprinkler heads at both ends of the new bed. 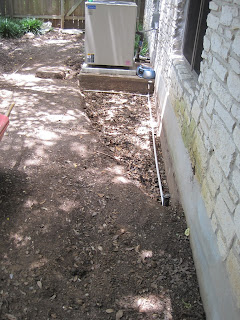 And we can extend this around the corner of the house to the other new bed between the River of Rocks and the house. 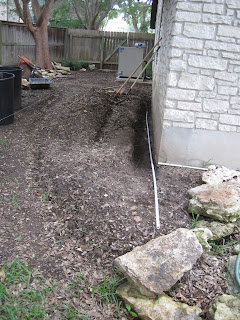 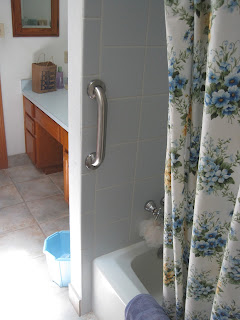 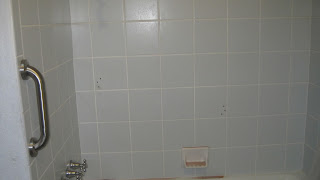 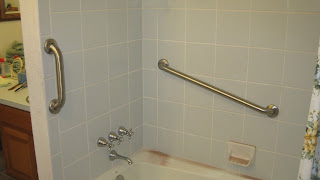