Linda wants to plant a garden -- tomatoes and squash and lettuce and such. We really have no soil that is good enough for that. So we will put in a raised bed, using used railroad ties for the sides. A railroad tie is roughly 8 inches by 8 inches by 8 feet long, so if we put 2 ties end-to-end, we can create a bed that is 16 feet by 10 feet external measure, and 14 feet by 8 feet internally. Stacking them two high gives 16 inches of depth, enough for most crops.

Before putting this together, we mark out the space on the ground and dig down. Although at the moment we are expecting only a vegetable garden, it seems to me to be prudent to dig as far down as we can and get the rocks out of the ground under the garden. We rent a jack hammer to break the rocks into manageable size pieces.

Then we put the railroad ties in place to form the garden form and fill it in with some real good compost dirt (Growers Mix) from Austin Landscape Supplies. The total cost comes to $427.59. Later we need more even more dirt for the garden, another $271.71. We used 16 cubic yards of growers mix plus 12 #1 railroad ties.
Posted by crazyjim at 9:46 AM No comments: 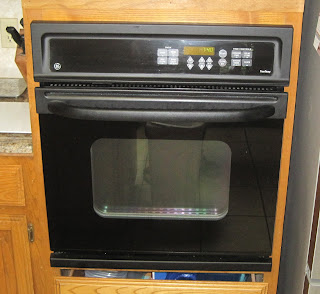