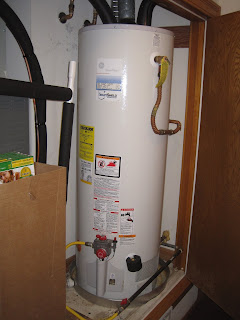 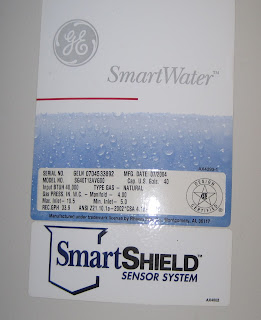 Remodelling the Back Bathroom

Lauren wants to move into the back bedroom, and Linda took an interest in remodelling the bathroom and bedroom before she does. Linda worked with some people at Materials Marketing which sells lots of different types of stone tile and pieces. They laid out a design for using their stone work to tile the sink counter top, the floor, and the bathtub/shower areas of the bath. 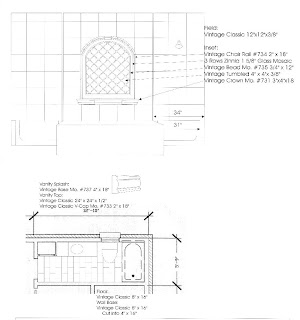 The material for all this was $1983.08. We then contracted with Fox Tile to take out the old tile and install all the new stone tile. This was $2000.

The installation was not as good as I would have preferred. The tile was supposed to go all the way to the ceiling, but they stopped about 8 inches from the top. 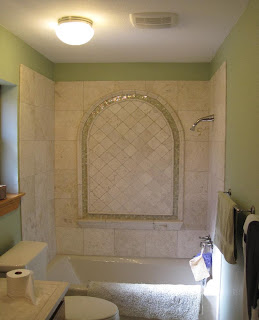 And once the tile was in place, we replaced all the fixtures in the room.

The toilet was replaced by an American Standard Champion. This is a higher toilet than normal (they call it "Right Height"), an elongated bowl, in a "Linen" color. $477.38 from Home Depot.

The sink fixtures were "Iris", again in a Nickel Satin finish $402.00 from Home Depot. 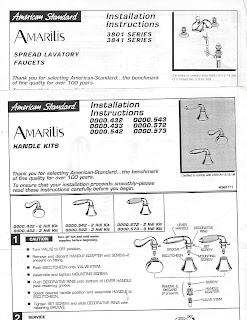 The towel rods were from Restoration Hardware, their Chatham line, again in Satin Nickel. $132.07.

The builder had installed a ceiling heater, but no vent fan, so I took out the ceiling heater and put in a Broan Model 683C Deluxe Fan. This required installing a vent in the exterior gable wall and running a vent duct thru the attic.

And finally, we painted the walls and ceiling. The ceiling is a Premium Plus Interior Eggshell paint, a pastel base with "Restful" (400F-4) tint. The walls are a green Behr paint.

And once the bathroom was done, we repainted the back bedroom. We removed the original "popcorn" ceiling, and textured it to match the walls. $550.00. Then I sanded the wood floors and put a coat of polyurethane on them.

Posted by crazyjim at 8:06 AM No comments:

It was time to get a new roof. We had one leak which we patched, but now we had another leak, this time in the garage. We could have patched that one too, but at some point we would just need to put on a new roof.

We got four estimates. Each estimate involved talking to a roofing company. They would come out and look over the roof, and give options on what kind of new roofing material to put on. The original roof, from when the house was built, has a 50 year warranty. Now, 18 years later, it needed to be replaced. And, of course neither the original installer (the builder) nor the company that produced the shingles were still around. But if we could get another 20 years out of this roof, we probably would not be here to need to re-roof again.

Each estimate covered the same basic job. Take off the old roof and putting down new felt underneath it, new flashing, and the new roof. 30-year warranty shingles. We also asked about a metal roof. A metal roof should be long lasting.

Company A bid 7278 for the shingle roof, but didn't do metal roofs.

We liked the idea of a metal roof, but for the price difference, it just didn't make sense. We could re-roof with regular asphalt shingles 3 times for the price of one metal roof. Even supposing that it would last 3 times (or more) longer, we don't expect to be in the house that long.

So we went with Company D -- Aztec Roofing and Siding. Once that was decided, there were various details to contend with. We went with a 30-year GAF Timberline Cedar Blend shingle. 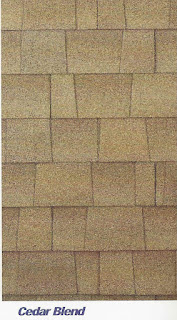 They knew that we had a ridge vent along the top of the house, and would have to consider that.  At the same time, however, they took out the wind turbine vents and covered those holes. I had been reading that the wind turbines are both not helpful and can be problematic. They may be better than nothing, but a ridge vent combined with soffit openings will provide a smooth flow of air from the soffit openings to the ridge vent. The wind turbines cause turbulence in that flow, and reduce the cooling effect.

At the same time, there were a couple of panels of plywood roof decking under the shingles that needed to be replaced -- these were in the location of the leak. I asked them to use a replacement plywood with a radiant barrier attached to the underside. Radiant barriers are supposed to help keep the heat down in the attic and thus prevent the heat from building up and being transmitted into the house. So we have a patchwork of roof decking -- most is normal plywood, but we have 4 sheets of radiant barrier.

The company did a good job. They tore off the old roof and dropped it into the back of a truck parked on the driveway. Then they replaced the roof decking that needed it, put down the new felt, and then the new shingles. It took all day -- they were cleaning up by flashlight after sundown, but they got it all done in one day. Since they were working so late, they missed some of the clean up items -- I found a number of shingles and nails the next day in the light. But it was adequate.

In fact, it suggested an additional income possibility for them. They probably did the standard "magnet" sweep of the yard. They have a strong magnet on a pole and push it or wave it around to pick up nails. Only works on iron and steel nails, of course, and only if you cover the entire area close enough to the ground for the magnet to work. If you really wanted to do a good job, you probably would want to use one of those metal detectors that some people use at the beach to find coins and watches and such. If you could rent one for a day, and use it you might get a much better clean-up job. For more time, of course, and so it would be an extra-charge item -- the cost of renting the detector and the time of the person that operated it.