As we have excavated the central back yard, we piled up the dirt on part of the Bottoms that has already been excavated. 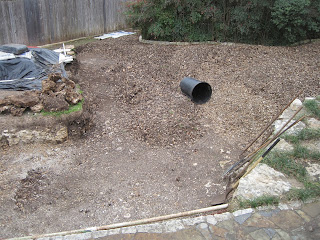 But as we got more and more of the central back yard dug up, and particularly after lowering the main irrigation water line, it seemed we could move the dirt back to where it will eventually be.  So we took some time to dig all that dirt up out of the Bottoms 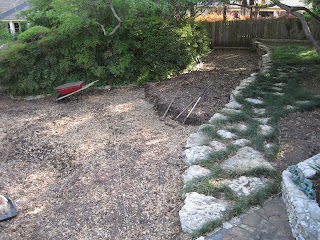 and move it to the ditches that were the result of our digging, levelling off the back yard, more or less. 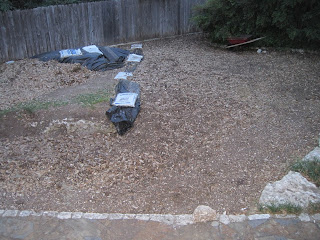 This "level" is still several inches below where the lawn level will eventually be, still leaves some substantial ditches, adjacent to where we will be continuing to dig. 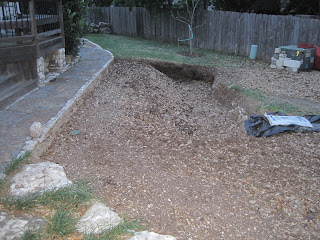 But it gets things to the point that we will begin to cover up things we may eventually need to find, specifically with the underground irrigation system.

The control value for Zone 5, which controls the sprinklers for  the Iris bed and the Herb Garden beds, is just off the sidewalk.  It's about 7 inches from the sidewalk and 11 inches down from the level of the sidewalk. 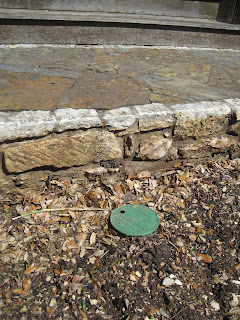 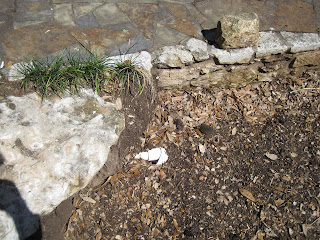 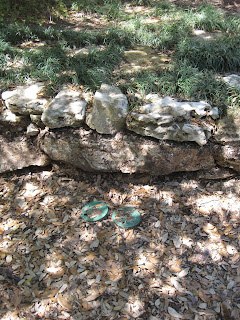