Top dressing the back yard lawn

We ordered 4 cubic yards of Screed Organic Compost from Whittlesey Landscape, which, with delivery, came to $293.60. 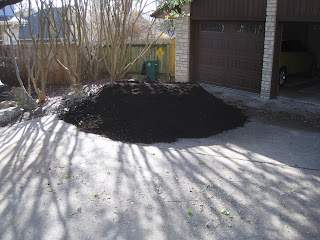 The back yard lawn is just starting to green up after the Winter. 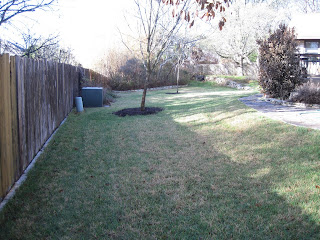 We use the wheel barrow to move the compost around to the back, and distribute it around. 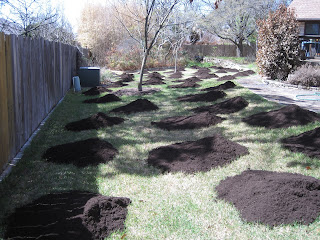 Then this has to be more evenly distributed by raking it all smooth. 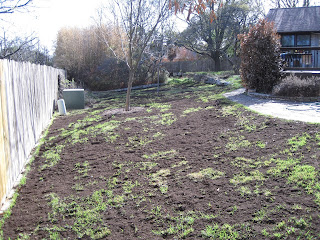 The same was done to the part of the yard between the kitchen and the raised garden. 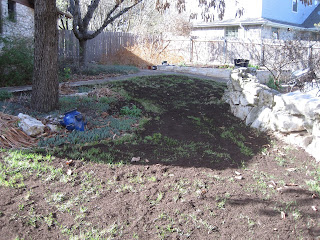 Rain is predicted to help wash it in and settle it. 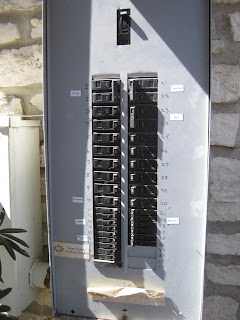 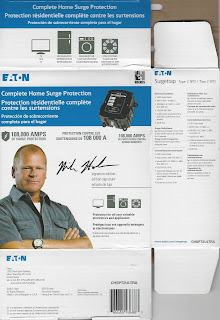 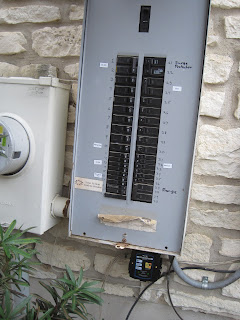 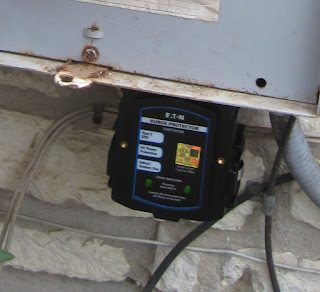 Posted by crazyjim at 8:46 AM No comments:

We had the entire A/C and Furnace system replaced last Nov 2020 and with it came a new air cleaning system.  They put in a 20x25x4 inch HEPA filter below the fan and other parts of the system.  Basically it is just a metal box to hold the filter below all the other components of the system.

It being 3 months since then, I figured I should check the filter to see how it is doing.  There is an access door on the front of the filter housing. 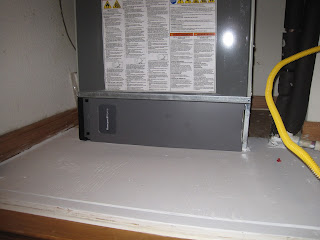 So I called Service Wizard, since they had installed it, and a guy came out, looked at it and said "Yep, it's stuck" but had no idea how to solve the problem.  I suggested that the floor, being plywood, could be sanded down to get enough room to open the door.  He agreed. And then left.

So I got out my belt sander, 80 grit sand paper, and ran it for about an hour in front of the filter housing, getting it worn down enough to allow the access door to be opened.  Then I sealed the newly sanded wood with polyurethane and, the next day, with Kilz primer (and as long as I was at it, painted the rest of the floor in the utility closet.

And I will order some replacement air filters.