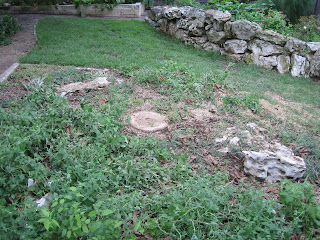 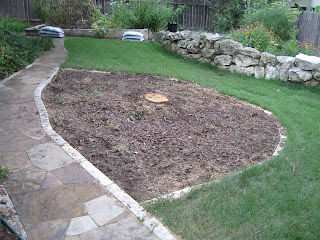 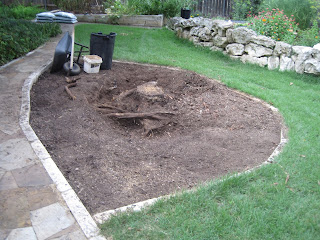 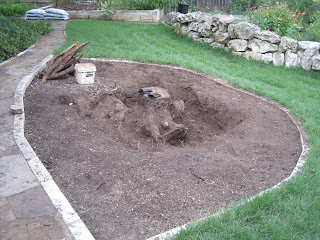 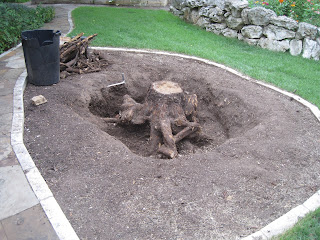 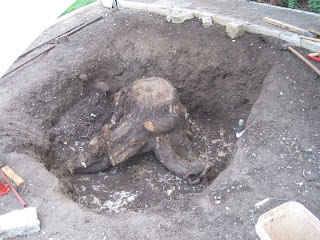 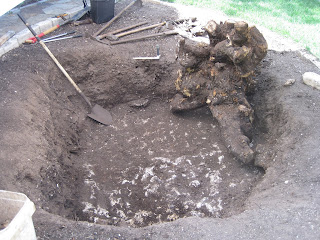 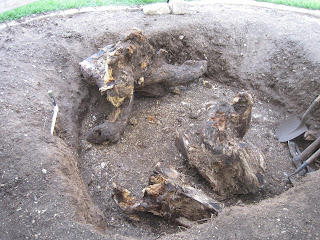 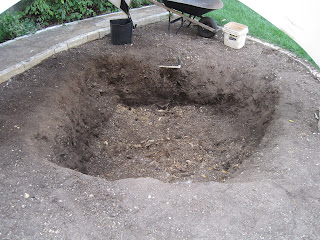 We believe that the rock layer that was under the tree -- the rock that we have now exposed -- has been removed from the rest of the yard.  So we will dig out until we find the edge of this remaining island of rock, and then remove it, so that we are at a constant depth in the back yard.