The neighbor behind us has a couple of dead trees.  One of them lost out to high winds and broke about 10 feet off the ground, following towards us and across the fence. 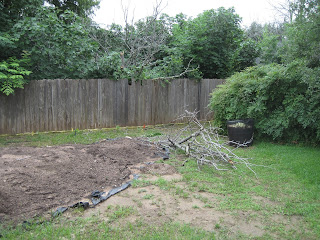 Luckily the damage was minor -- two fence pickets had some damage at the top, and a lot of dead limbs.  Cleaning up the dead wood and replacing the two pickets fixes the problem.  About $5 for the two pickets (rough cedar, dog-eared, 1x6 six-foot long) at Home Depot. 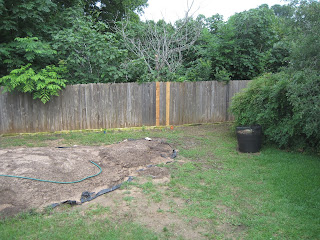 Posted by crazyjim at 7:10 AM No comments:

Starting the River of Rock work

The River of Rock has been in preparation for some time.  We presented the plan for it in October, 2014, and laid out the rough flow of the rocks.  Now we need to actually implement it. 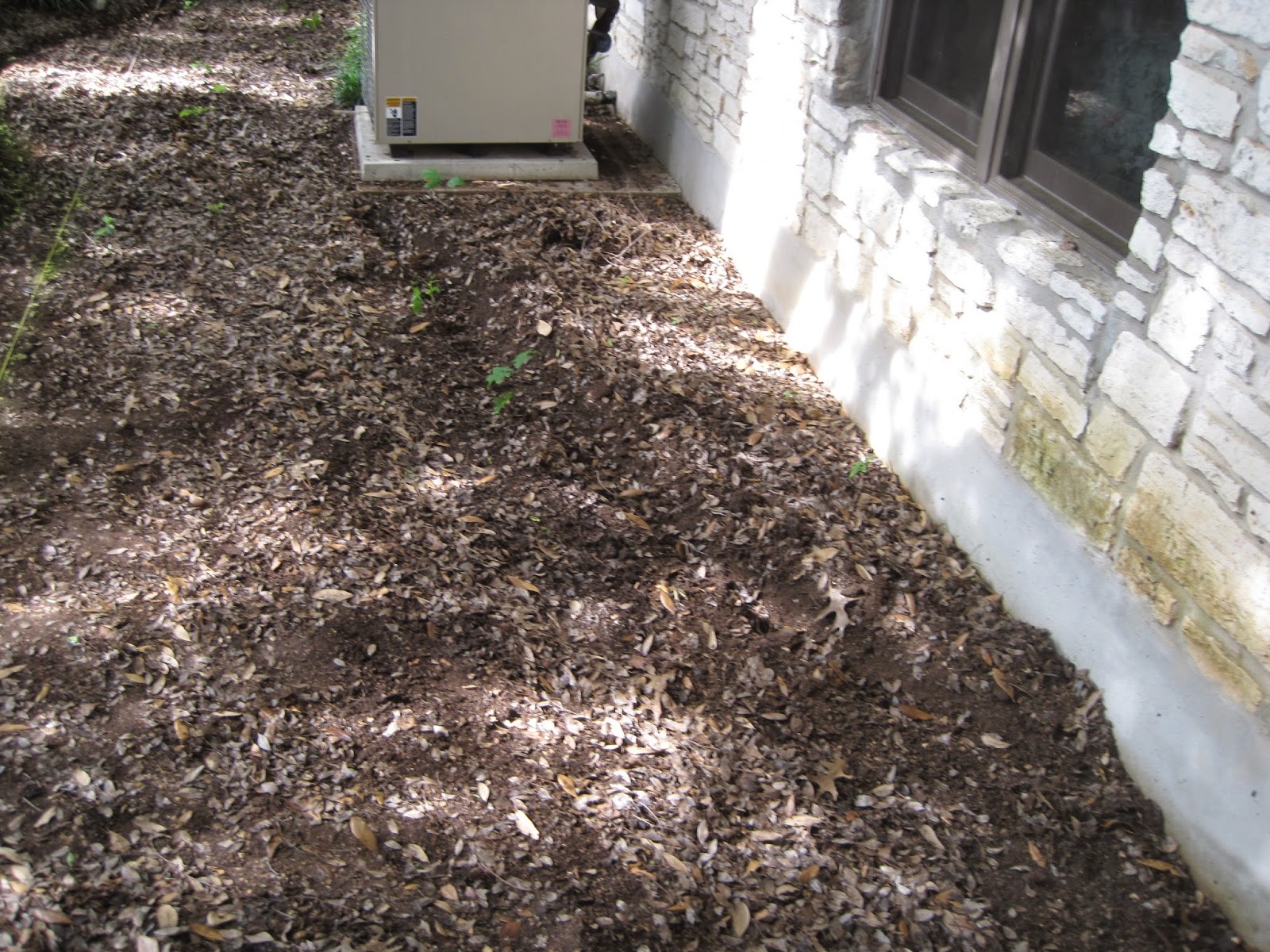 We marked off the boundary of the bed and started to dig.  The soil is quite different from what we normally find.  It is sandy loam, presumably brought in by the builder for fill.  After about a foot to 18 inches, we have the loam removed. 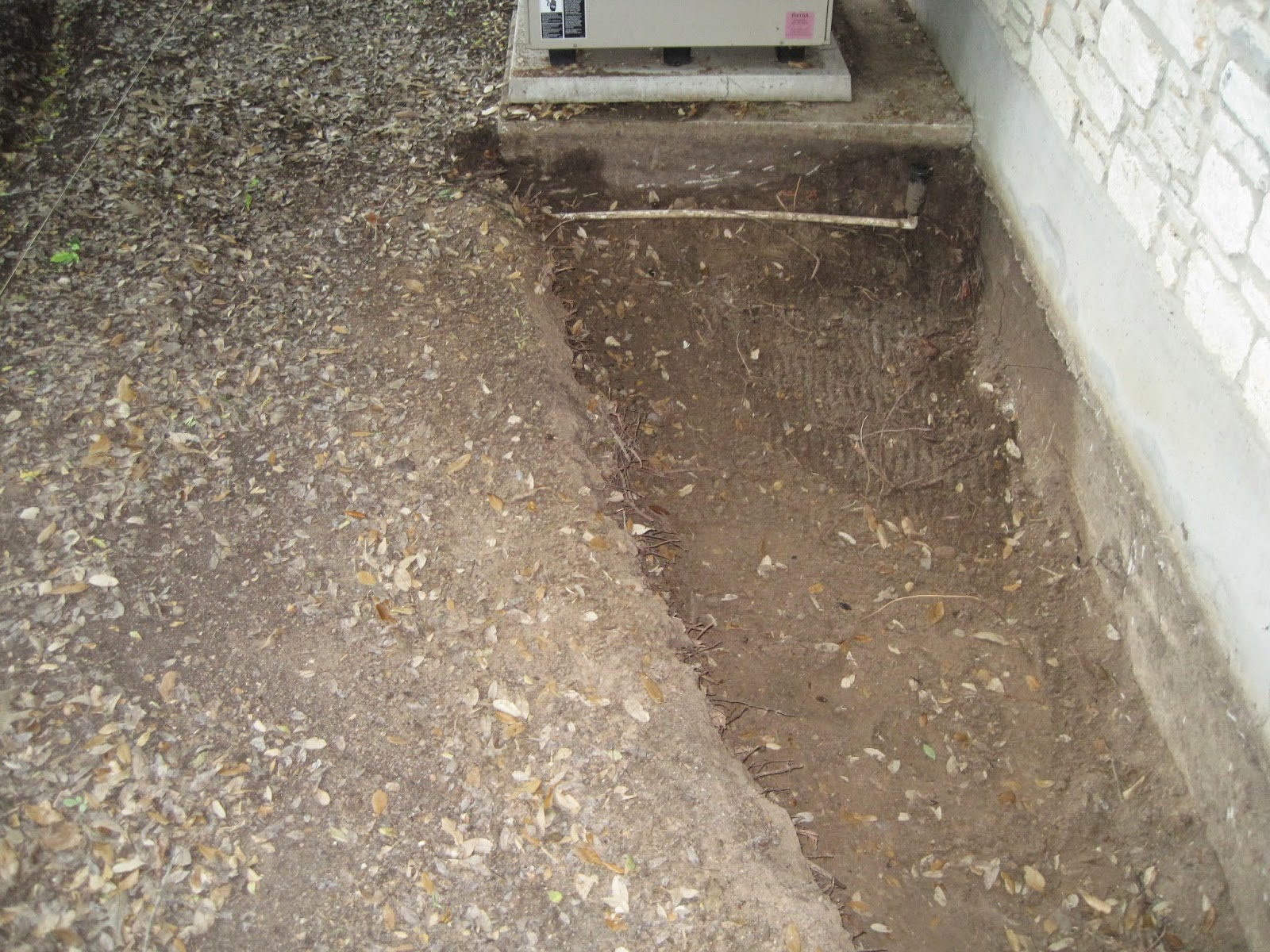 Under the loam is the dark heavy soil that is native to this area.  Mixed with a lot of rocks, of course.  We separate out the rocks, and dig down to what seems to be bedrock. 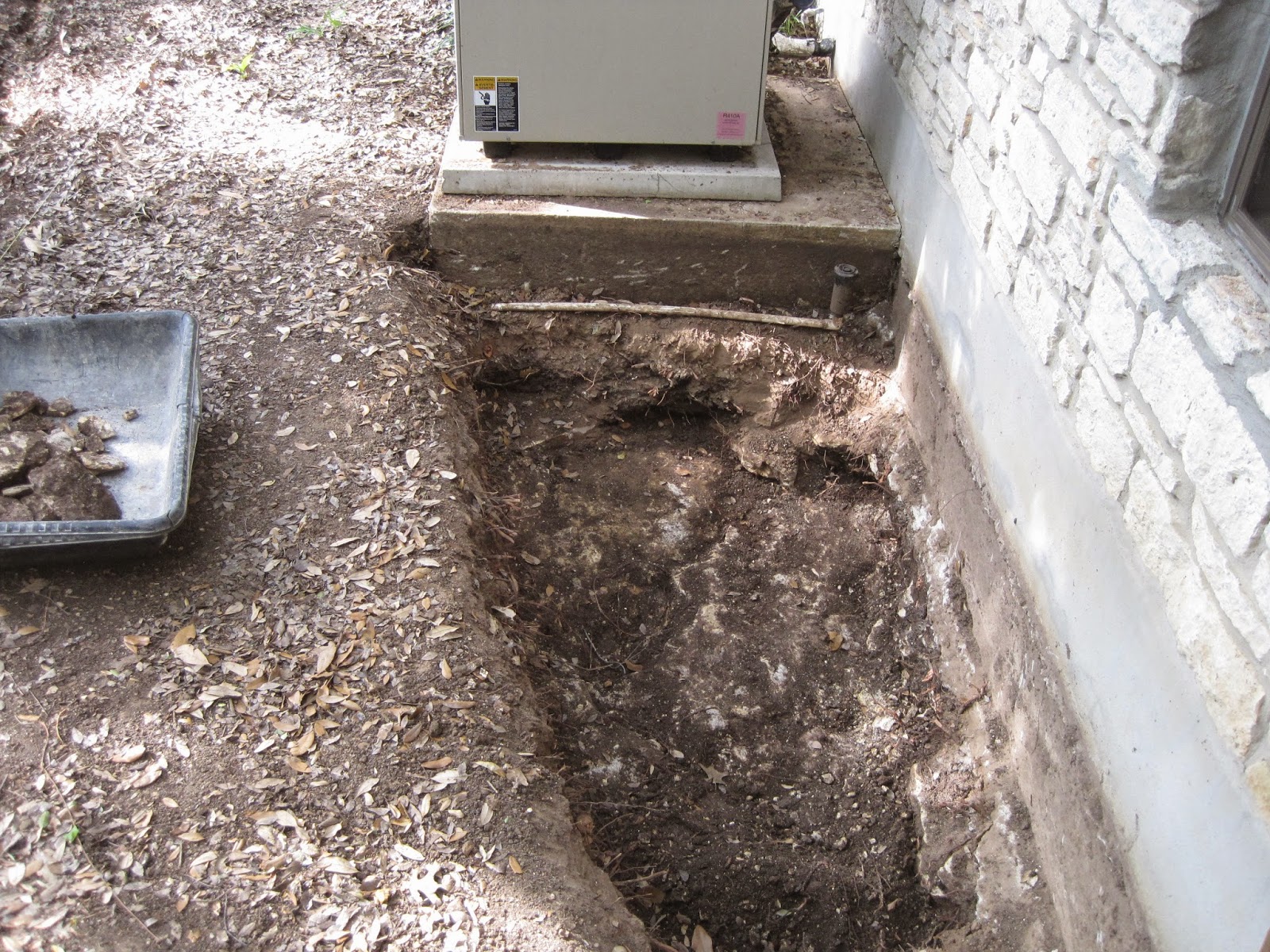 We will need to get the sprinkler head on the same zone as the heads for the other bed, and put in another head at the other end of the bed.  This line will also need to be extended on around the house to the other bed between the house and the River of Rocks.

Then we will be able to fill the bed back in, and plant Liriope.