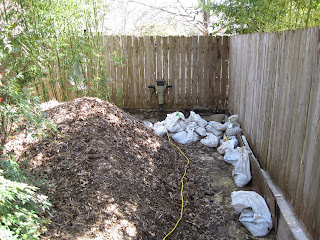 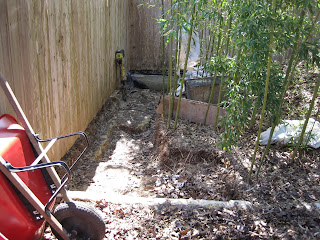 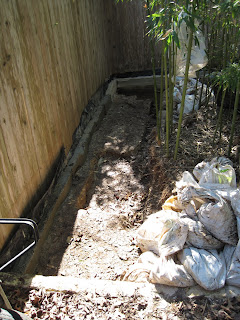 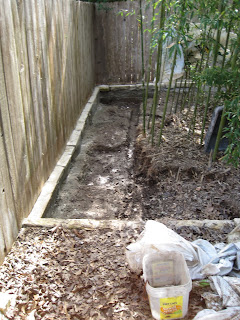 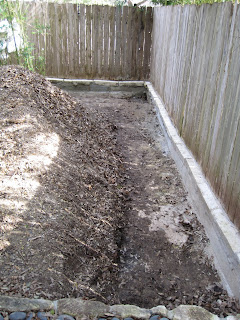 I spread the dirt pile around and filled in much of the area, but still need more for the complete area. I've been mixing in all the leaves from last fall as I shovel the dirt back, so there should be some organic matter mixed with the soil. It's a very heavy clay soil and still very wet. It was marginally reasonable to shovel it in this condition -- it seemed with every shovel full, more stuck to the shovel than was moved. But the forecast says more rain tonight and tomorrow, so this is the best opportunity in a while.
Posted by crazyjim at 4:07 PM No comments:

It's been really wet this winter. And cold. So not much done outside during this time.

I put up a ramp for the dog, to get down from the back porch to the ground. The dog is getting very old (16 or 17 years old) and has developed a limp. She is now having difficulty going down the stairs. So this should make it easier for her. I made it out of two 12 foot 2x4's from Home Depot, plus some leftover siding/plywood from the attic. I ripped the plywood into 18 inch pieces and screwed it down to the 2x4's. Then to keep her from jumping off the side, I put a short piece of siding on the side, Since I had the siding and screws, the total cost was just the $9 for the two 2x4's. 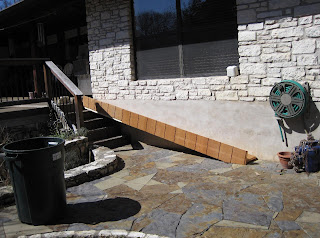 The other activity was to trim the trees. The trees are so thick, especially in the front, that the grass is dieing (or is dead). We went with Crawford's Tree Service (http://www.happiertrees.com). $750 to have most of the trees trimmed. Below is the live oak in the front (named Fuzzy), before and after. 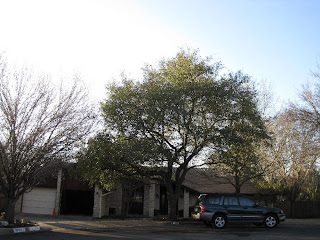 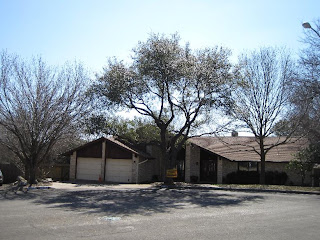