In April, 2012, we finished digging and filling in the North Bed and planted it with Lavender.  The lavender did very well during 2012 and 2013, but the winter of 2014 (Dec 2013, Jan and Feb 2014) was very harsh.  It nearly killed the olive trees, and killed several of the lavender plants.  In particular, we lost the Provence, Grosso, Goodwin Creek, and the Fernleaf varieties. 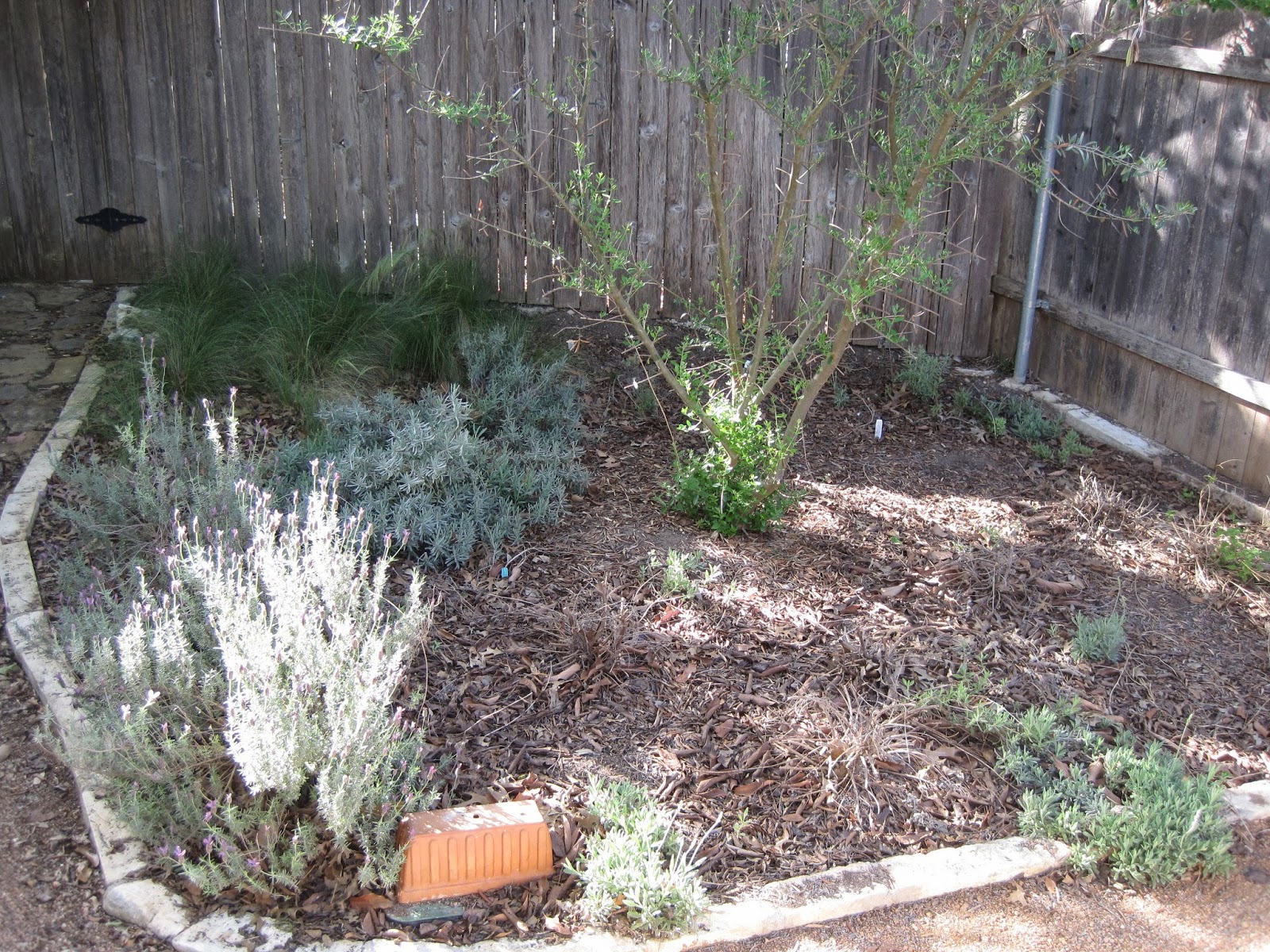 Linda has some Mexican Feather grass in the corner of the bed.  We will plant some more Spanish Lavender, Hidcote, and a new one, Lady Lavender.

We will see if these last better.