With the start of the cement for  the wall for the pathway poured, Zone 2 is completely defined.  So we can begin taking out the remaining rocks and providing better dirt.

We start digging out the dirt, to get down to the rock, mixing the dirt with some of the Fall leaves we have been collecting. 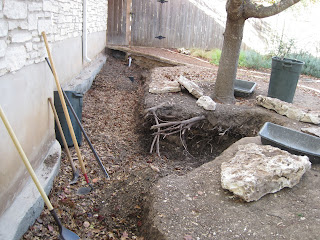 As we dig the dirt out, separate out the rocks, and mix in the dirt, we move it so that it fills in the parts of Zone 2 that we had dug out. 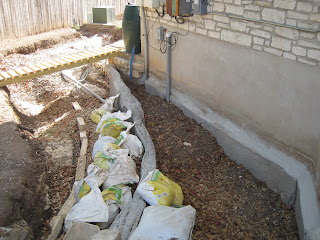 We cannot get all of the rock out, since some of it is directly under the Chinese Pistache.   We are getting in as close as we feel we can.  If the tree dies at some time in the future, we should dig down and get the rest of this rock out. 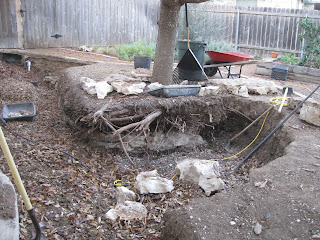