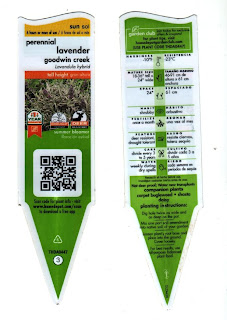 Linda has asked for some space in the North Bed for something other than lavender.
Posted by crazyjim at 5:12 PM