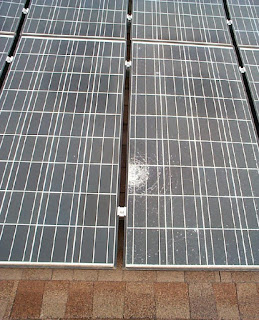 Another point. To reduce the cost of our home insurance, we talked last year (just about a year ago, yup!) and raised the deductible to 2% of the value of the house. We pay the first 2%; State Farm covers anything over that (to the amount that the house is insured for). Replacement cost for the house is apparently $550,000, so we will pay the first $11,000 to replace the roof. (I also switched to a high-deductible medical insurance plan, since I for years have had no major medical issues. Sure enough; skin cancer, diagnosed at about the same time as the hail storm. Probably from working outside on the house and yard in the Texas sun.)
Posted by crazyjim at 3:29 PM